Home Blogs WATCH THIS! great video for the new single from The Levellers 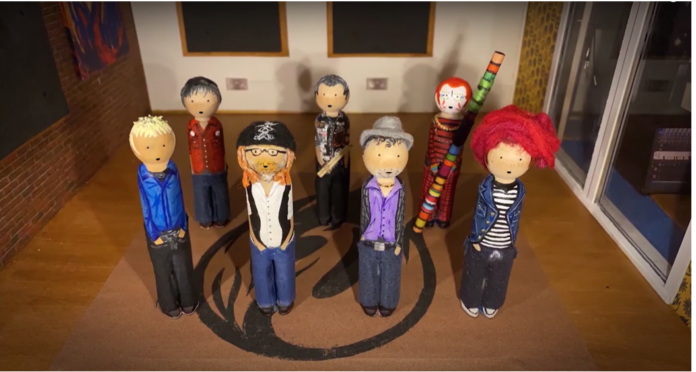 The Levellers have released the latest track, ‘Our Future’, which is taken from their upcoming studio album Peace and will be released on the 14th August via On The Fiddle recordings. Pre-order the album here.

An amalgamation of three songs, ‘Our Future’ is the closing track on the upcoming album and an anthem of optimism. The song addresses the rise of popularism and the defeat of liberal ideology but focusing on the positives and what we can do next.

Despite the commentary on the battles faced in today’s societies, the album as a whole and particularly ‘Our Future’ are a message of hope in these dark times. In the final line of the track, the lyrics are “Our future is the only thing worth thinking about.”

“We’re realists, but we’re quite hopeful as well,” says singer/guitarist Mark Chadwick. “We believe in positive change, not just moaning about shit.”

‘Our Future’ follows the powerful recent single ‘Generation Fear’ as well as ‘Calling Out’ and ‘Food Roof Family’, and the limited video streams of other tracks from the album.

Peace arrives almost eight years since the Brighton band’s last album of original material, 2012’s Static On The Airwaves, and 30 years since they announced themselves with A Weapon Called The Word. A very timely yet reflective collection, Peace is an album about the state of the world and of the band’s mind and its 11 electrifying songs are a charged reaction to a world that seems to be teetering on the edge of madness and self-destruction.

“It’s an aspirational title,” says Levellers singer/guitarist Mark Chadwick. “We’re searching for peace. I’m not a religious man, but it feels like the devil is walking the earth right now, but that doesn’t mean there’s no hope.”

Over the years, the band – completed by Jon Sevink (fiddle), Charlie Heather (drums), Simon Friend  (singer/guitarist) and Matt Savage (keyboards) – have worn many masks; most self-made, some imposed upon them. But while their status has evolved over the decades, the basic humanity underpinning their music has remained constant.

The fire that fuelled them 30 years ago has never extinguished and now with Peace, that fire burns brighter than ever.