Home Music Bands Watch This! Great New Video By OFF! Plus listen to an interview... 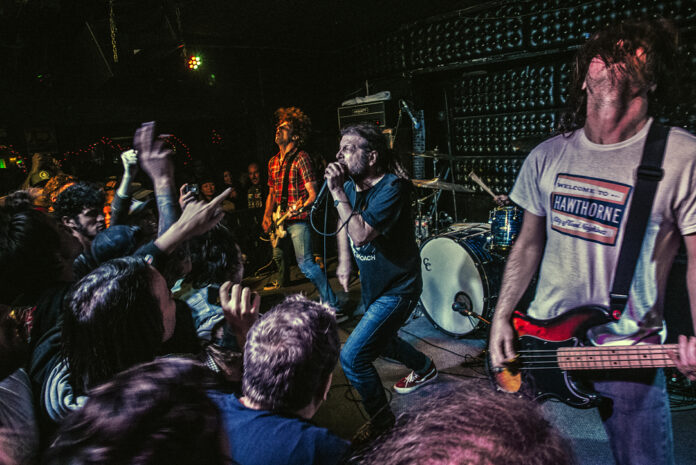 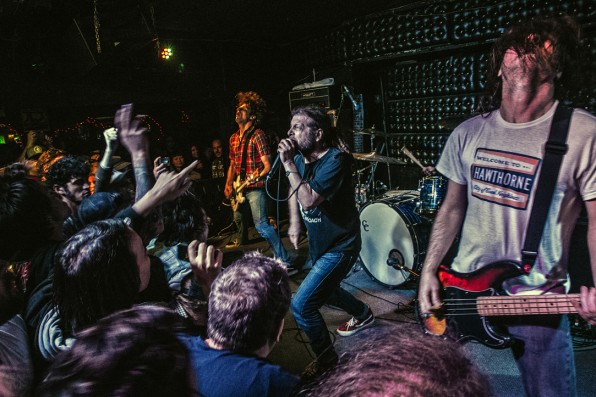 OFF! have released an amazing live video of their new single ‘Void You Out’ captured from a recent performance at the 25th anniversary event show for San Diego venue The Casbah. Keith and Dimitri from the band were also on radio 1’s punk show Tues / Weds night talking at length about all sorts and choosing some amazing music.

After all the Black Flag / Flag film flam of last year it’s really great news that we can turn our backs on all that controversy and look ahead instead to another album of raging hardcore from Keith Moriss’s OFF! in a few weeks time. Titled ‘Wasted Years’ it’s scheduled for release on April 7th via VICE Records. All 16 tracks, we’ve been told, rip from start to finish (as if that comes as a surprise!) and were self-recorded live in the quartet’s practice space, with a minimum of overdubs.

Keith Morris himself and Dimitri Coats were on Radio 1 Tuesday night too in conversation with Mike Davies. A fascinating show they chatted away and regaled us with stories about Henry Rollins and Thurston Moore amongst other things then picked a load of their favourite records, many from the UK, played some exclusive OFF! tracks and finished with a medley of their favourite OFF! tunes. Check it out on the BBC’s iPlayer.

The album can be pre-ordered here: smarturl.it/OFF_WastedYears.

Now for the video, of which the accompanying press release says:

“When the Casbah asked us to be a part of their 25th Anniversary we jumped on it, “says guitarist Dimitri Coats. “Our drummer Mario grew up cutting his teeth in that room and the rest of us are no strangers to those black padded stage walls. We needed to bang out a video and decided to film “Void You Out” live in the spirit of Decline of Western Civilization. What a killer night!”

For more info visit OFF! at: