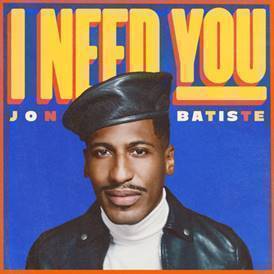 Multi-Grammy and Emmy nominated recording artist, TV star and activist Jon Batiste releases I Need You from his new album.

It’s the second single from his forthcoming album, We Are, set for worldwide release on 19th March on Verve Records. The lively video is directed by Alan Ferguson and choreographed by the Emmy nominated Jemel McWillams, and stars Batiste as the lead man/lead dancer fronting a high-octane ensemble of Lindy Hoppers.

I Need You fuses the sound of early 20th century black social music, with modern pop production and a hint of hip-hop storytelling. Batiste alternates between belting high notes in full voice, to singing harmony with himself on the choruses, to delivering the verses in a ‘farm rap’ style. They are even two instrumental breaks on piano and saxophone – all in less than 3 minutes.

Batiste decided to build a studio in his dressing room at the renowned Ed Sullivan Theater where he is bandleader on the nightly Late Show. He invited a few talented friends—including singer-songwriter Autumn Rowe and producer Kizzo – to lay down the album in just six days.

We Are is a new chapter for Batiste, and he reached the finish line for the record smack in the middle of the first wave of the worldwide pandemic, and amidst volatile social unrest across the United States. Batiste balances a demanding performance schedule – which often includes his signature ‘love riot’ street parades – with public speaking engagements, masterclasses, brand partnerships, community activism, and acting roles.

In the wake of George Floyd’s murder, and in the lead up to the election, he organized several peaceful protest marches leading thousands in the streets of New York City.