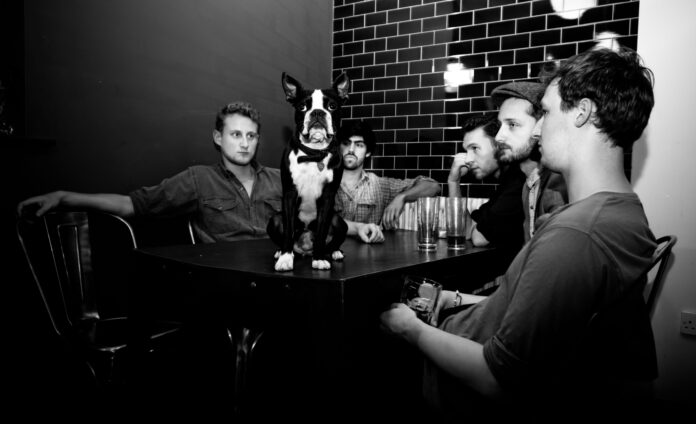 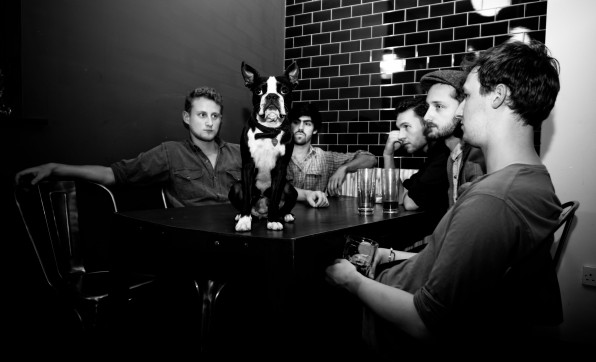 Louder Than War favourites Goan Dogs, who first appeared on these pages as a “New Artist of the Day” some time ago, have a new single out titled Running. It was premiered by none other than Guy Garvey, also a long time fan of the band, on his latest 6 music show. The band are graciously giving the single away for free (see below) and they’ve also let us have the honour of premiering the accompanying video. Scroll down to find it, alongside a whole host of tour dates and the link to that download…

It seems to have taken Goan Dogs a long time to get where they are today, which is on the cusp of breaking through big time, but lets face it, this is true of so many bands with Sleaford Mods, who had to wait till their 5th album to really break through, being the prime contemporary example. But with both Guy Garvey and his 6 music colleague Cerys Matthews having now also fallen under the charms of these guy’s music it feels to us like Goan Dogs time is nigh.

The single is a beautifully restrained bluesy meets jazzy number which shows them honing their traditional slinky skills borrowed from the likes of your Tuareg desert rockers and the Americana of artists like Calexico – a blend of influences that works wonderfully well. Last time Louder Than War saw them they were on the stage at Bristol’s Old Vic playing a benefit show where they demonstrated top skills as part of an epic night where bands did versions of Original Sound Tracks. Goan Dogs chose to play the theme from Edward Scissorhands and did so with immense skill, completely silencing the audience. The mournful brass was to the fore here and it’s nice to see it to hear it in this single too, complementing the other instruments perfectly. (They also, tenuously, burst out into a remarkable rendition of Delilah proving which caused the person next to me to mutter, accurately as it happened, “that guy can’t half sing”.)

As mentioned above Goan Dogs are giving away their new single via their Bandcamp page. Grab it here: goandogs.bandcamp.com/track/running.

They also have a whole slew of live dates lined up to support the single which can be found below the video.

The video itself was filmed in Bristol earlier this month, and is archetypal Goan Dogs. As per their live sound it is “stark yet powerful – with a great use of visuals and lighting which doesn’t interfere with the clear sound” and is well worth watching in full rather than your clicking play and going off browsing / checking your emails / turning to twitter to tell all yer mates about this ace new band you’ve just been reading about on Louder Than War (something you should, instead, do straight after the video finishes).

So settle back and enjoy Running by Goan Dogs…