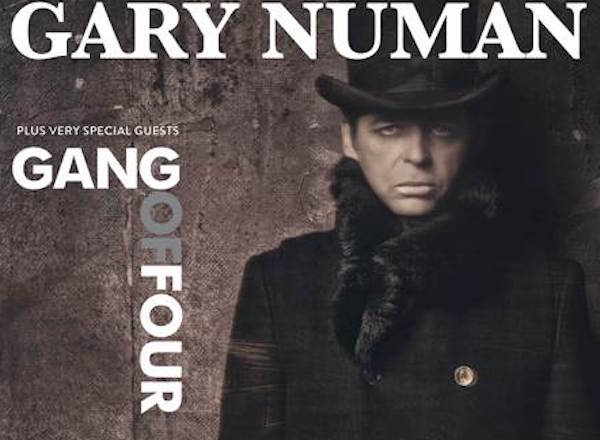 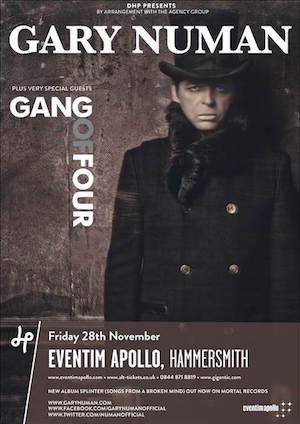 In the run-up to Gary Numan’s homecoming show at the Eventim Apollo, Hammersmith on the 28th of November (see poster, right) he made a special trip to the BFI Southbank to discuss the sci-fi films and television shows which influenced him and explains how they shaped his lyrics, aesthetics, stage shows and thinking. Watch this below.

Since Gary Numan first exploded into the post-punk and new wave landscape with such hits as Are ‘Friends’ Electric? and Cars, much has been made of his obvious links to science fiction. This is what he talks about in the interview below; from his childhood fascination with the technology of Gerry Anderson’s Supercar and Fireball XL5, right up to his longstanding emotional relationship with Blade Runner.

This also keys in with the BFI’s current Sci-Fi season, full details of which can be found at their website: bfi.org.uk and which is using the hashtag #BFISciFi.

And don’t forget that Gary is playing live at Hammersmith Eventim Apollo on November 28th 2014 with support from Gang Of Four. Tickets can be found here.

Now sit back and watch “The Sci-Fi films that shaped Gary Numan”.

(PS if you’re on a mobile this prob won’t show up, you’ll need to visit youtube itself to watch it here.)