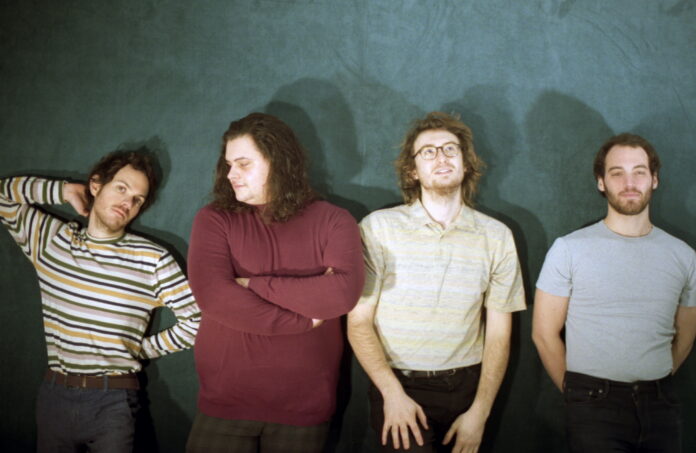 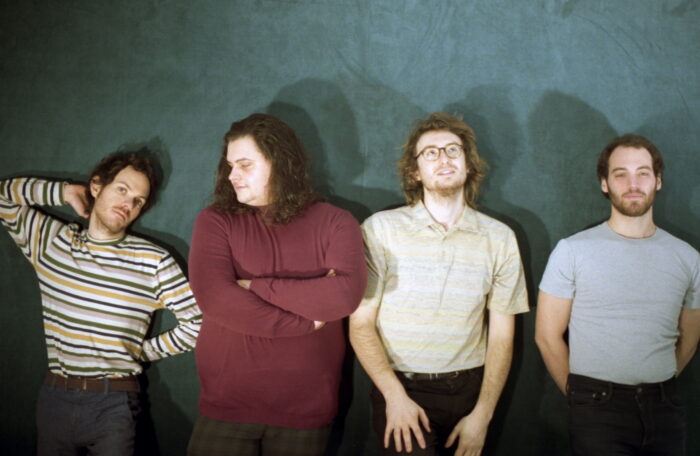 The last couple of years has seen the rise and reprise of post-punk, coming more and more to the fore once again. France’s Unschooling are the latest to throw their hat in the ring and have done so with the wonderful Social Chameleon, which is taken from their forthcoming EP, Random Acts Of Total Control (out next month on Howlin’ Banana Records).

Their sound is redacted, summarised and reworked as schematics, relearnt and reformed, abstract shapes that jut up against each other, opposite colours fighting for space. The band’s PR blurb states: “Students of art-rockers Women, these home-schooled egg-heads have thrown out the textbooks and put a deceptively mathematical brand of rock on the curriculum, where complex guitar lines flirt with lo-fi spontaneity. Made up of ex-members of MNNQNS and other Rouennaise outfits, the four dunces have built their own Open University on the pillars of post-punk. The result is as noisy as it is sensitive.”

Just as with the imagery of the video, this is cut and paste collages, an abstraction of the best of Monochrome Set, Oingo Boingo and glued together with their own sniffed glue. It’s infectious and playful, repeated listenings rewarding the finely spun paths that lead you off into a hypnotic wonderland. The song is a great taste of the EP that is to come.

If you like what you hear, check out their live Les Capsules session from last year, with two more tunes from their forthcoming EP.