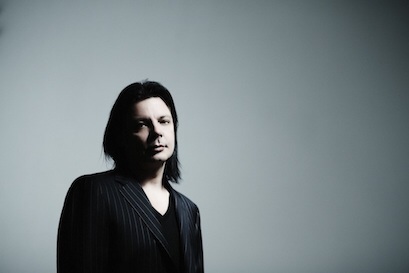 Former Placebo drummer Steve Hewitt unveils the video for ‘Lose Your Way’, the title track from his sophomore album, under the moniker Love Amongst Ruin.
Steve co-wrote and played drums on the first 5 Placebo albums.

Perry Bamonte (The Cure) has joined Love Amongst Ruin on bass.

Artist: Love Amongst Ruin
Single: ‘Lose Your Way’ released on 11th May 15

Love Amongst Ruin return with ‘Lose Your Way’, the title track from the much anticipated second album, on 11th May 2015

Ahead of the release of Love Amongst Ruin’s new album on 1st June, title track and lead single ‘Lose Your Way’ will be released on 11th May. It’s accompanied by a video wracked with decay – food, flowers, paintings and buildings all decompose and crumble, only to be reborn with added life and energy. It’s Love Amongst Ruin in a nutshell: a brilliant rejuvenation from the dust. Embrace the Ruin.

When you’re bouncing back, you live for the next ricochet. Having poured all of his confusion and frustration over being removed unexpectedly from the drum stool of Placebo in 2007 into the eponymous 2010 debut album of his own project Love Amongst Ruin, Steve Hewitt ended the promotional tour full of creative fire. “We’d launched the band and made our presence felt,” he says. “Critically acclaimed record, it did really well, we gained a lot of fans and established everything. It was well received all round Europe so job done.”

Well, job begun. Launching LAR had been an emancipating process for Steve, a mission to prove his musical worth not just to the legions of Placebo fans avidly waiting to see what he’d do next but also to himself. Having served time at the stool of such diverse acts as The Boo Radleys, grit-rockers Breed, baggy chart stars K-Klass and Placebo – with whom he tasted huge global success, sharing the journey from post-Britpop indie hype band to multi-million selling international superstars – he had a lot to live up to, and the succinct yet wide-reaching ‘Love Amongst Ruin’, with its twists of New Order/Depeche Mode electronica, Can / Kasabian motorika, Cure atmospherics and hardcore Metallica riffs, had firmly positioned him as an alt-rock contender in his own right. Now Steve emerged from the tour with new songs already written, tighter and more accomplished songs largely free of the bitterness and bewilderment that had driven the debut.

Finishing the writing process at home during March 2012, Steve threw himself back into recording, returning to the Bath Moles studio, where the first album had also been made, for a four-week session. His recording team was stripped down this time, just himself and Julian Cope associate Donald Ross Skinner playing everything on the album and producer Dan Austin adding a sonic maturity to the material, an approach gleaned from his work with the legendary Gil Norton. “I had the whole record ready but I wanted to work out with Dan and see,” Steve explains. “With [first single and title track] ‘Lose Your Way’ we nailed it and it was like ‘right, you’re in’.”

‘Lose Your Way’ became a central fulcrum of the record, a totem of the swings and diversions Steve’s life and career had gone through. “It’s how you can find things you love at certain times of your life and pursue and years down the line you’d actually rather murder it and hate it. So it’s how your perceptions change as you go through life. Do you actually know where you’re fucking going? It’s trying to explain life’s difficult path.”