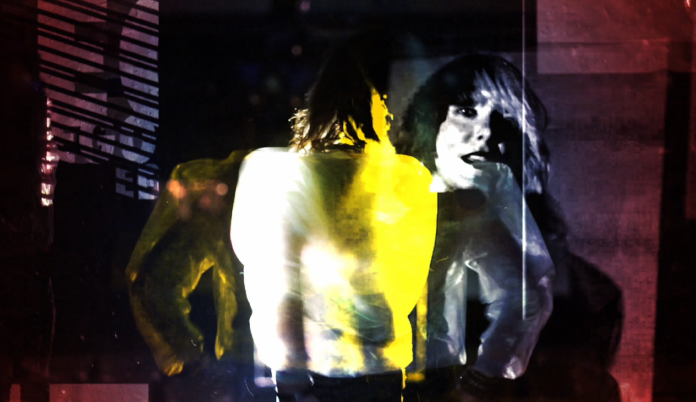 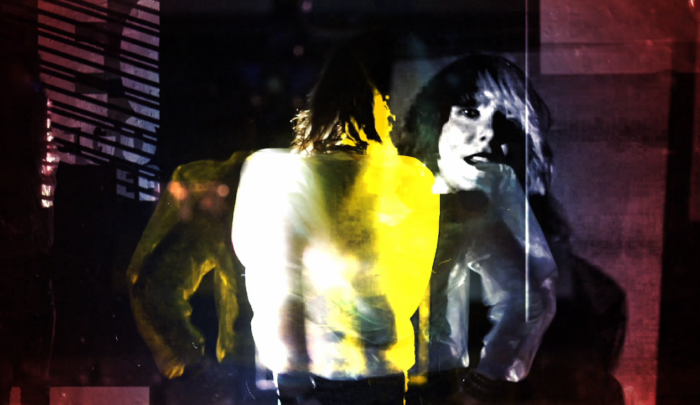 With buzzing chip tune sounds and part German lyrics, EGO is a dynamic electro tune of power and desire, a take down and take over of monster egos everywhere, and has been featured by John Kennedy on Radio X X-Posure.

Dan Conway says of the film and the Ferals’ Kat Five: “The ego can be a multi-faceted beast, with many slices, some visible, vying for attention, craving satisfaction. Here creating many possible Kats, many possible visions. KAT*4 / DAN = EGO. Initial animation was in Cinema 4D, projected via VDMX, filmed on a Sony A7x, and edited on Adobe After Effects.”

Feral Five’s future-facing tunes have featured on BBC Radio 6, Radio X and in film. ‘Kiss’ – their collaboration with the poet Equinox was BBC Radio 6 Recommends Track of the Week “It draws you in and then slaps you in the head… Brilliantly done” – Gideon Coe.

Feral Five are singer/guitarist Kat, and bassist and throat-grabbing beats creator Drew, from London and Kent. They write and produce at Feral HQ and have created remixes for rising stars Sisteray and deux furieuses.

The Ferals have performed at Music Tech Fest with a 3D printer, at acclaimed new festival Cro Cro Land, and at the National Portrait Gallery for electronic icon Martyn Ware (Heaven 17, Human League).