Home Blogs WATCH THIS! Elevant : ‘dark and atmospheric, heavy and crushing or irresistibly... 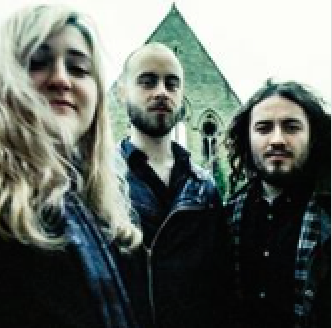 Elevant are the thunderous genre absorbers heading the Loner Noise label.Since their formation in 2014 they’ve fused a host of disparate influences into a sound that can be dark and atmospheric, heavy and crushing or irresistibly grooving. The trio sounds far vaster than the sum of their parts. Anchored by Tom Shand’s pummelling Bonham-esque beats and Hannah Lodge’s interlocking bassline weaves, lead singer Michael Edward’s lung bursting Chris Cornell-style lead vocals and bludgeoning guitar work make them sound like a six piece.

After releasing three albums through their own label, the last of which “There is a Tide” was received with unanimous critical acclaim, Elevant are back with a new EP.

This new EP was recorded at Abbey Road by Sam Jones and mastered by Pete Maher (Jack Jones/Scissor Sisters/U2)
Taking the listener on a cerebral journey into the complexities of love, war, disillusion and displacement, the EP encompasses a wide range of influences; the grunge/post hardcore style of loud/quiet (Nirvana/Soundgarden/Fugazi), the looped drum grooves of trip hop and krautrock (Portishead/Can), the guitar textures of pyschedelia and shoegaze (My Bloody Valentine) and the jazzier chord styles of artists like Steely Dan and Prince.