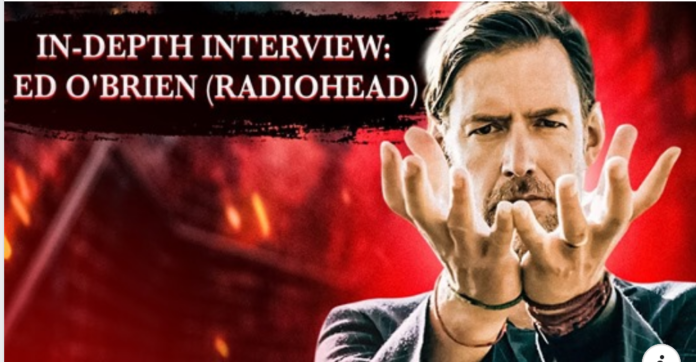 Ed O’Brien from #Radiohead talks in depth to John Robb about his brilliant debut solo album, his life and role as the ‘mum in Radiohead’, how to stay inventive in music, the influence of Johnny Marr, John McGeoch and living in Manchester in 1989 had on him and his music