Home Music Bands Watch This! EASY’s Day for Night a Godsend for fans of New... 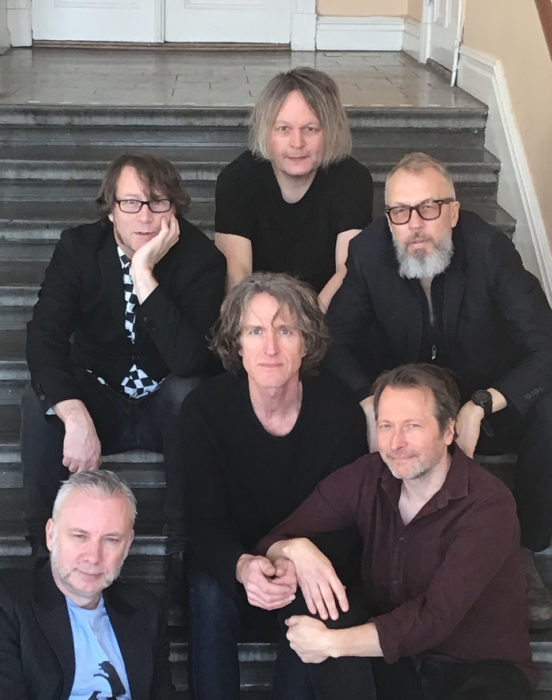 Ahead of releasing their long-awaited album ‘Radical Innocence’ via A Turntable Friend Records, Sweden’s celebrated 90s indie rock darlings EASY present the single ‘Day For Night’, accompanied by a video produced by Ian Holmes. This comes on the trail of lead single ‘Crystal Waves’ and albums ‘Popcorn Graffiti’ (2012) and ‘Swimming With the Beast’ (2014) , both put out following their reunion in 2010.

2020 sees the 30-year anniversary of EASY’s highly acclaimed debut ‘Magic Seed’ LP. One of Sweden’s most notable indie groups, they frequently toured Britain and Europe. While their ambitious ‘Sun Years’ LP (1994) had less of an impact, singles ‘Never Seen a Star’ and ‘Listen to the Bells’ clearly demonstrated that the band had taken several musical steps forward.

For this album, things have come full circle with the band returning to London, where they recorded their debut album 30 years earlier. This time around, they worked with legendary producer Pat Collier, who was responsible for many of their favourite records, at his Perry Vale Studios.

Their most ambitious album to date, the 8 songs on ‘Radical Innocence’ are intelligible and sophisticated, as well as endearing. Here EASY are clearly displaying their gifts and, despite having long left their teens, their output offers a captivating, lighthearted and romantic view of life and space in the modern world.

Back in the day their music was met with excellent reviews by the likes of Melody Maker and NME, who wrote, ”people will be made to sit up and take notice, ‘cos what they’re doing right now is intrinsically more valid than most of the inadequate who clog up record space in the Rough Trade shop”. This band ought to be in the CD collection of anyone who ever loved New Order, Bernard Sumner’s offshoot project Electronic with Jonny Marr, or early Blur.

Easy had something special with elements from pop history – the perfect combination of Sonic Youth-like intensity and the sweet harmonies of The Beach Boys. They disbanded in 1994, each moving on to other projects. The mark they left was notable – when returning to Sweden years later, they found a new Indie scene full of bands inspired by their uniqueness and success, having toured all over Europe with bands like The Gun Club, The House of Love, Lush, The Charlatans and The Jesus and Mary Chain.

‘Radical Innocence’ is Easy’s first new album in a decade. It is also the band’s third release via German label A Turntable Friend Records, the first being the ‘Magic Seed’ LP reissue in 2017 and the 2018 release of ‘A Heartbeat from Eternity’, a user-friendly compilation of the two previous albums, along with the fresh new single ‘Ask the Sky’. The group played live shows in the UK and Germany.

‘Day For Night’ is out on Friday, April 24 across digital stores and streaming platforms, such as Apple Music and Spotify. The ‘Radical Innocence’ LP will be released on May 1 and will be available on vinyl, CD and digitally. It can also be obtained via Bandcamp.

Have a peek at the video for their previous ‘Crystal Waves’