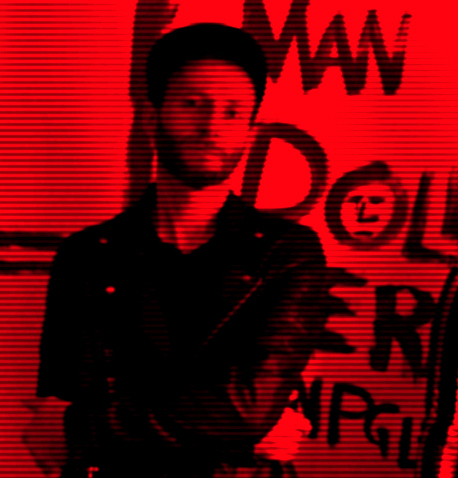 Drew Five is one half of electro-punk duo Feral Five, The Meeting Place is his first solo release and the first single from his forthcoming album: Splinters Of Light.

The Meeting Place happens in the space between then and now. It asks us to reconsider what being human really means and how communities evolve through the shared values of truth and love. Produced in Drew’s new studio on the banks of the river Medway in England, the track takes the listener across the Atlantic to the birthplace of Drew’s maternal grandfather. We can hear voices at play on the shores of Lake Ontario. Are these sound waves from the past, or are they speaking to us from the future? Mixing Drew’s Canadian field recordings with guitars, bass, beats and a multitude of electronics, the song urges a post-lockdown rethink of who we are and what we can become. “Immerse yourself in a new beginning.”

As a composer, Drew has scored for independent movies and written for installations and dance. He has performed at Berlin’s Funkhaus on bass and electronics with Jan Bang (Honore, Sylvian, Henriksen), Mercury nominee Eska and award-winning engineer and violinist Simon Goff (Hildur Guðnadóttir – Chernobyl). He has also performed at Martyn Ware’s (Heaven 17) ‘Everything You Can Imagine Is Real’ event at London’s National Portrait Gallery. Drew’s ‘Rijeka Airport sound installation’ concept was nominated for a prize by the Croatian Ministry of Culture. His band, Feral Five has been championed on BBC6 Music by Gideon Coe and Steve Lamacq, John Kennedy (Radio X). Eddie Temple-Morris (Soho Radio, Virgin), Ravenscroft and Maconie, have also spun their tunes. Drew’s remixes for other artists have appeared on Tom Robinson’s Mixtape.