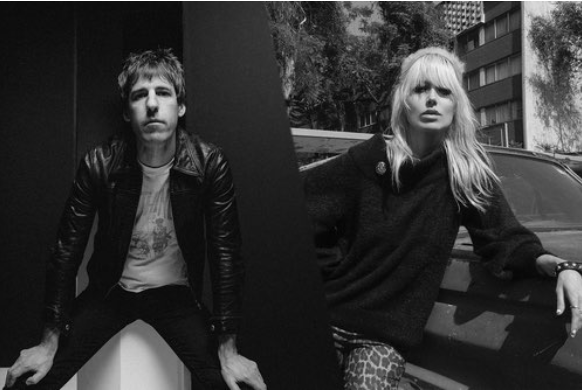 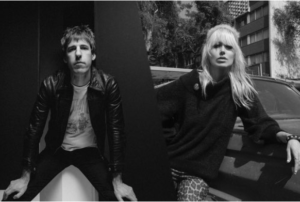 Dion Lunadon, ex-bassist of A Place To Bury Strangers, hooks up with Kate Clover for new song, When Will I Hold You Again.

The sentiment on Dion Lundon’s new song is clear right now. When Will I Hold You Again? Succinct and to the point. The song was written by the ex-D4/A Place To Bury Strangers man during lockdown in New York. The result is an agitated proto-garage song that grooves along on a crunching rhythm. Lunadon himself states that the song is “for and about all the people around the world that can’t be with the ones they love, for the people that live by themselves.”

For the song, he roped in L.A.-based singer Kate Clover to add vocals, herself holed up in her own home adding the finishing touches to her forthcoming debut album. Together, the two meld and add to the whole message and idea behind the song as the pair reach out across the country and the pandemic. And, to add to the idea, the video itself is a montage of lockdown videos, fans dancing and singing along with the song.

As he explains, “For me, being in isolation is not so bad, as I have a creative outlet. I liked the idea of being able to give others the chance to also do something creative and get the blood pumping, so I put the word out that I needed dedicated groovers for a video and the response was great!”

The song is the first taste of new solo music from Lunadon since his 2017 self-titled debut solo album and is a sign of what’s to come.

When Will I Hold You Again is available for free on his Bandcamp page, with any donations split bewteen Campaign Zero, who work towards ending police brutality in the United States, and City Harvest, who help feed New Yorkers in need of food. Dion has also pledged to match all donations himself, upto $1000.

The song is also available for download and streaming on all other platforms.

Watch the video for When Will I Hold You Again below: