Home Music Bands Watch This: Digitonal – Autumn Round – gossamer thin, light as a... 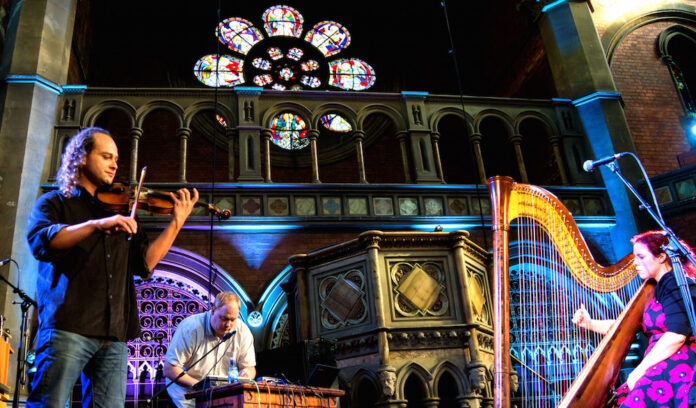 Boy have we got something tender and delicate and just plumb lovely to share with you today. It’s a new video for the track Autumn Round by Digitonal (off his new album) and it features, would you believe, a “musical laser spirograph”. “What’s a one of them?” you ask. “Well check out the video and find out” we reply. More info about both the video and the album can be found below, but first hit the play button on the video (assuming you aren’t already lost its boundless beauty of course).

Autumn Round is taken off Beautiful Broken, Digitonal’s fifth album under said moniker and it showcases new material – his first since 2008 – as well as older, incomplete material, which has been finished off for the album. The LP drops on Monday 4th May 2015 via Just Music, the much loved “independently spirited label” who specialise in releasing music by some of the most cutting edge artists from the electronic, acoustic and ambient genres.

“…evokes the subtlety and self-contained intimacy of chamber music … moving slowly through a cool electronic space.”

…which we can’t argue with, although if we were charged with choosing one word to classify it we’d probably chose “Ambient”. Andy Dobson (aka Digitonal) agrees, in part, but it’s a specific definition of the word he’s working from, as the press releases explains…

“…what defines Ambient for Digitonal is the literal meaning of the word more than a particular musical genre, specifically the expanse of sound that he experienced singing in a choir in a candlelit Durham Cathedral. “

Digitonal’s music is stripped down and minimal, which I’d argue is wherein lies its charm, and that is demonstrated perfectly – indeed, never more so than –  on Autumn Round. Gossamer thin, light as a feather and almost hypnotic, its seductive prettiness is its appeal, albeit a prettiness that hints at melancholia. Busy though we are here at Louder Than War the track never fails to cause us to stop in our tracks and go off on a wee reverie to some far off place, and on its conclusion we always feel so much more relaxed and so much more ready to deal with those hoards of emails that piled up while we were under the spell of Autumn Round.

The video suits the track perfectly, as you’ll have probably seen already. Of it the director, Richard Johnston, has this to say…

“Essentially the installation is a giant physics experiment. It consists of 5 large front surface mirrors connected to a small portable speaker by a laser beam. A small dental mirror glued to the speaker driver picks up the tiny vibrations the track produces and bounces the resulting patterns around Barton Church. This kept the installation completely analogue which was an important conceptual element to the video. Building the contraption was a lot of fun and I hope people enjoy my musical laser spirograph creation.”

So in conclusion, if you have a fondness for beats and strings and piano and are looking for your next favourite album, we think we’ve just found it for you. Shame you have to wait till Monday to get it though!

So that’s it – languish in the video’s delightfulness above (on repeat, natch) and perhaps pre-order a copy of the album from Just Music’s website.

Oh, and Digitonal has done a great playlist too which is worth checking out!

Digitonal can also be found at these various online locations, his website: digitional.com, his Soundcloud, on Facebook twitter, where he can be found under the name @Digitonal. 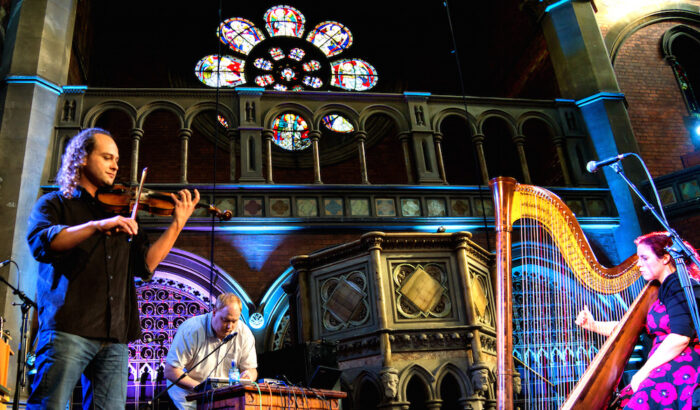