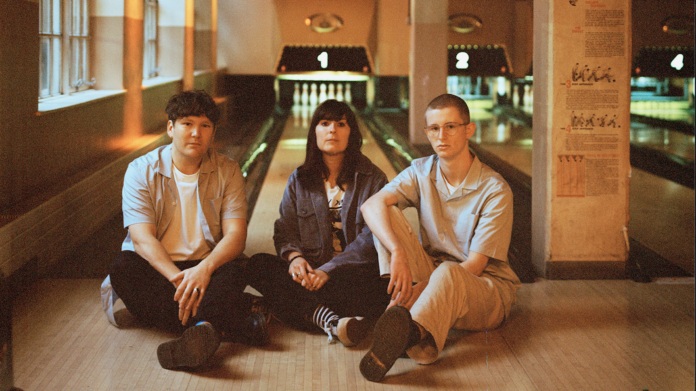 PALE BLUE EYES
*First release from Devon/Yorkshire dream-pop triad.
*Toast the Southwest’s pre-eminent electrified-pop trio – with their own Pale Blue Ale.
*By Rock Appointment to beer-makers, mushroom-growers and Bill Drummond and Jimmy Cauty’s funeral partners.
*The track Motionless gets digital release on 18 November 2020; 7” vinyl out on 25 January 2021.
Pale Blue Eyes are a new horizon-wide pop group based in the remote rural hinterlands of South Devon. Their debut release is limited-edition, double A-side 7” single.
Single mixed and mastered by Dean Honer (The Moonlandingz, Róisín Murphy, I Monster, Human League, International Teachers of Pop).
https://www.youtube.com/watch?v=d0cB_M5N9Js&feature=youtu.be
PBE single tracks can be heard on their soundcloud here
The single’s side A is clean-lined, mechanised pop – like the Bunnymen’s Will Sergeant firing up at his most raga-frenetic and then conducting Neu! on a bus ride to the far pop pavilions. Side AA is an emotive, wide-screen sci-fi ballad, like these kids have somehow gained access to the astonishing Felt’s astonishing Primitive Painters, or something.
“We’ve recently been building our own studio,” says PBE singer/guitarist Matt Board. “It’s down by the River Lud, just south of Dartmoor here in Devon, where we’ve been working away. Our debut album is ready and recorded, waiting to go…”
The single is being released with financial support from Devon’s New Lion Brewery and GroCycle mushrooms. Pale Blue Eyes are further sponsored by Devon’s Green Funeral Company, who are also part of Callender, Callender, Cauty & Drummond Undertakers, the funeral directors for the MuMufictation afterlife memorial programme. Cauty and Drummond are, of course, also know for their work with The KLF and The Justified Ancients Of MuMu.
This Pale Blue Eyes debut release will be accompanied by a bespoke Pale Blue Ale from South Devon’s New Lion Brewery.
A: Motionless
AA: Chelsea.
Limited edition: 300 x 7” singles.
The first release on Pale Blue Eyes’ Broadcast Recordings label.