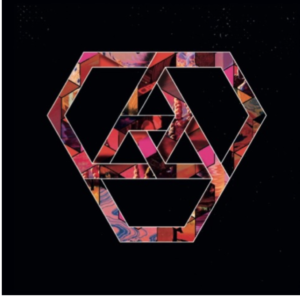 Manchester based collective Hello Cosmos have announced their existence as well as their debut single ‘Raise The Dawn’. Put together and led by songwriter and bass player Ben Robinson, founder of Kendal Calling & Bluedot Festival, Hello Cosmos sees the musician surround himself with 20 collaborators for a huge, long running recording project at Leeds’ Greenmount Studios (The Cribs, New Model Army, Pulled Apart By Horses)

Beamed direct from an alternative universe in which The Fall were produced by DFA Records’ Andy Goldsworthy, Hello Cosmos hurtle towards Earth with a Radio Clash collision of post-punk, indie-disco and alternative rock.

This colourful blast of influences can be heard on debut single ‘Raising The Dawn’, a brazen rat-a-tat style James Murphy rallying cry against mediocrity “Well I’m just a little bit tired of being spoon fed by the uninspired.” complete with the fractious accompaniment of frantic piano and infectious dance-rock groove. Hello Cosmos may be riled up on this disenchanted anthem but as the burbling synthesized and radiant electronic remix of the single from Joe Thompson proves, they can also ride the indie-dance wave with a passion, recalling The Juan Maclean, Hercules And Love Affair and of course, LCD Soundsystem.

Though the recording process for the Hello Cosmos has seen a huge cast of characters involved, the live band will consist of Ben himself fronting the band on bass, his brother and lifelong collaborator Simon on drums with the line up completed by Manchester & Leeds based musicians Angela Chan (Lanterns On The Lake, Placebo) on violin & keys and Adrian Ingham on guitar.

With Hello Cosmos. Ben is finally stepping out of the shadows after years as a hugely important figure in UK music. For over 10 years Ben has been at the forefront of festivals in the UK founding two award winning festivals, Bluedot Festival at the Jodrell Bank Space Observatory and Kendal Calling in the Lake District.

When asked about finally unveiling his Hello Cosmos, Robinson explained: “Hello Cosmos has been an ever evolving project and this feels a natural time to let people hear what we have been up to. Between running festivals and creating and performing music over the last couple of decades I’ve had the pleasure of meeting and working with some incredible people. The release of Hello Cosmos and getting back out performing live is the start of a new chapter that I hope people connect with and join the ride.”

First single ‘Raise The Dawn’ is a huge opening salvo from Hello Cosmos and is accompanied by a visually striking and beautifully animated video from the talented Taras Merenkov “was introduced to him online by a friend and we literally exchanged about 5 messages on Facebook before he had a nearly finished draft. He’s done a great job of matching the energy of the track and it brings it to life in a whole new way.”

Hello Cosmos will be making their debut at Manchester’s CWNINE Festival on the 18th May where they will perform at the request of The Charlatans Tim Burgess and will follow this with performances at Bluedot & Kendal Calling over the summer.

More Hello Cosmos music and shows will follow after Summer 2018.