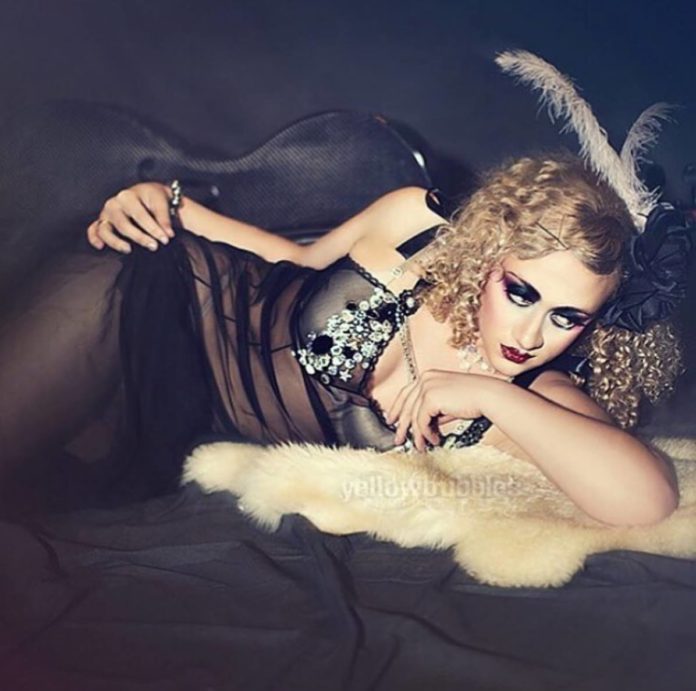 Known as a quite groundbreaking experimental cellist and multimedia artist, California’s Cellista presents her new video for ‘You Can’t Go Home Again’ off the new ‘Transfigurations’ multimedia work, released as an album and book combo, the latter being co-authored with the philosopher Dr. Frank Seeburger.

The song itself feels like the avant side of Kronos Quartet, Laurie Anderson and ‘Then as Now’ by Gordon Deppe / The Spoons from the ‘Listen to the City’ soundtrack. For such a dystopian thematic, it is surprisingly engaging, leaving you hanging on every word. Arranged by Cellista to poetry by Aubrey Gail Ferreira. Further driving home her collaborative spirit is the fact that this track was composed by Olivier Messiaen, performed by Cellista and narrated by Dem One, typically well known for his hip hop performances (his lyrics and performance in the album’s lead track ‘Look Homeward, Angel’ is stunning).

One thing is certain – Cellista’s curatorial style and performance defies stereotypes and even genre-related pigeonholing due to the diverse styles, as demonstrated on this album. The video itself is directed by Jennifer Gigantino. It is choreographed and performed by Mojo Deville, and filmed at Chez Cellista Studios.

Hailing from San Jose, Cellista’s penchant for performing music in unconventional spaces, and her devotion to collaborating with artists across media and genres disrupts the world of the classical performing arts. Cellista traverses the walls between disciplines and the borders between spectator and audience. She etches out her own niche through her performances of captivating theatrical recitals by interweaving film, text, and dance.

Cellista’s sound brims with a dissidence, informed by her classical foundation and her want to tear that very foundation apart. It explores the sounds of her immediate community through sound collages and music curated to augment that community. It also explores the meeting point of musical borders and gives testimony to the fragile ecosystem of the San Francisco Bay Area that sits alongside the rest of the world in an increasingly vulgar epoch.

Cellista is also currently into her national tour in support of her new release (see dates below) with multimedia performances coast to coast with guest collaborators from across disciplines, directing and performing in an immersive event that integrates dance, film, literature and music. This wonderfully intricate performance involves numerous collaborators:

“Transfigurations encapsulates the experiences of those around me in the Bay Area. Those stories reach far beyond my immediate home and in touring Transfigurations, I am eager to share this culmination and merging of the worlds around me. It is mix of history and despair that is encapsulated by music at its core and other media like dance and film which week to further the voices of my community,” explains Cellista.

“The multimedia concerts are immersive and feature dance performances from Ransom Dance and Mojo DeVille. It is performed alongside a full-length film created by filmmaker Jennifer Gigantino, which is live scored by Cellista.”

‘Transfigurations’ is available now on limited edition CD and at shows, and comes with a full-length book and download code. It can be found everywhere digitally, including Bandcamp, where the book is downloadable as a PDF for anyone purchasing the album there. The book is also being released separately via online retail sites like Amazon.

Check out the first single from this album as well as the full LP, with many other choice offerings:

Listen to the whole of Transfigurations by Cellista