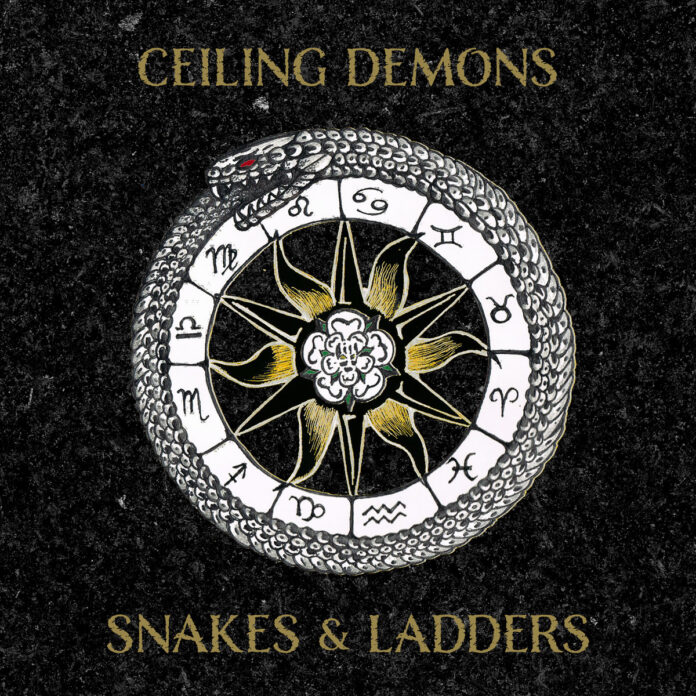 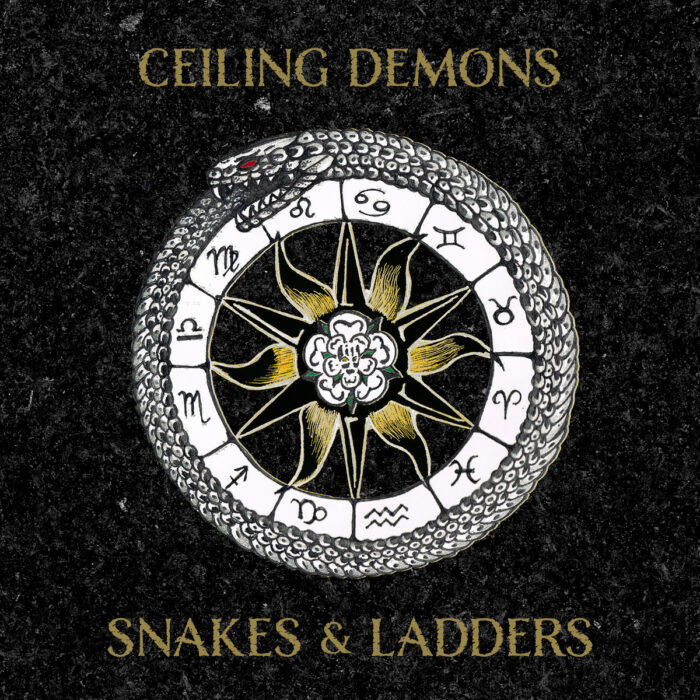 Produced by Beat Demon, the track features a beautiful vocal melody, written and performed by British folk singer-songwriter Zarahruth. The contrast between the soft vocals and dramatic beat embodies the themes of life and death that Ceiling Demons bring to life through their music.

The impressive guitar work of Chris Shaw is reminiscent of The Cure or The Smiths’ Johnny Marr and adds a catchy element to the experimental nature of the piece, before erupting into an upbeat indie raucousness during the final third of the song. Psy Ceiling’s vocals here sound as if he were possessed by the spirit of Tom Waits as he fulminates introspectively about the passage of time, adding another level to the track.

Ceiling Demons have a gift for blurring the lines between genres, blending elements of indie, rock and folk. The single gives a powerful image of what is in store for the rest of the album and leaves fans wanting more.

Snakes & Ladders is available to pre-order via Bandcamp on limited edition vinyl, CD & cassette and will be released on 22nd September 2021. Silver Birch feat. Zarahruth is available on digital streaming platforms.

Ceiling Demons will be on a UK tour with US indie rap artist Ceschi this October!

The Ceiling Demons Bandcamp page is here. They can be followed on Twitter and liked on Facebook.