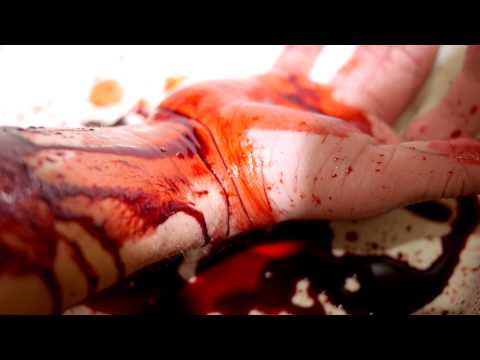 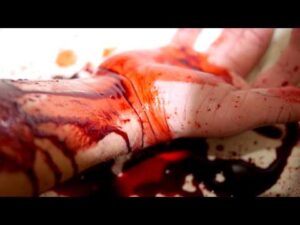 A brand new video by Fairhorns, of whose recent album we said “(It’s) …a triumph of despair and music as catharsis”, dropped yesterday. Check it out below.

A short while back we ran a review of the new album by the musical polyglot known to some of us as Matt Williams and to the rest as, depending on which identity he’s adopting on which day, Fairhorns, MX LX (whose Black Meta! made it into our albums of the year 2012 chart at no. 32), Knife Liibrary (whose Drowners album we reviewed here) and one third of Beak> (who we’ve reviewed loads of times – try using the search function on the site if interested). Titled Medici (see our review here) and released on his own Kinda Rad label it represented something of a volte-face from the previous album by the same artist working under the same name, Doki Doki Run (our review), released through Invada, being a lot darker and including a lot more screaming and far fewer Krautrocky grooves.

A video has now been released for one of the tracks off the album, Necro Thrum. Made by fellow Bristolian James Hankins (of Hankin Film) and based on ideas emanating from Matt’s own fevered mind it not only “sees” the track in terms of intensity but  also raises it some to boot. I won’t spoil the surprise of the video but I don’t think it’s giving too much away to say that it involves chess boards, blood, fire, shadows and Matt’s face.

To listen to the whole album and / or to buy it got to the Kinda Rad! Bandcamp.