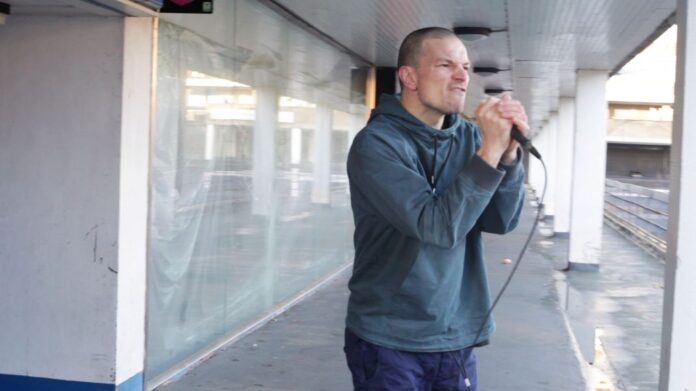 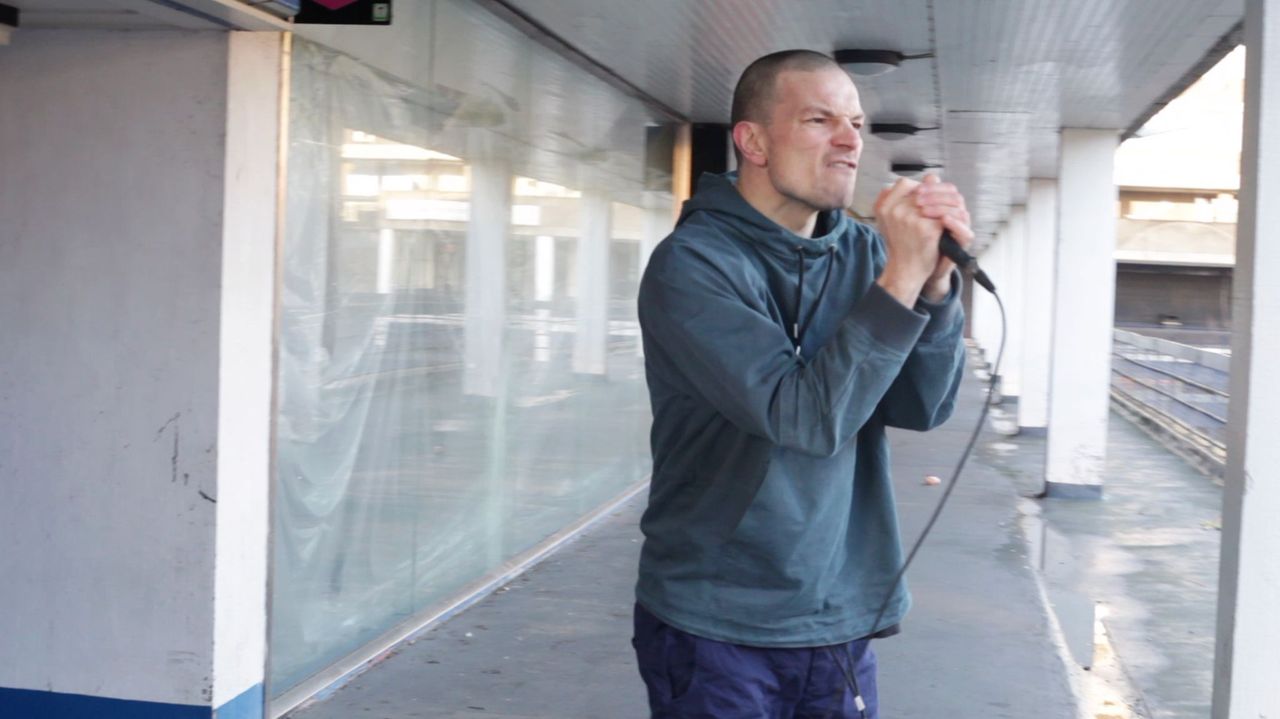 Benefits return with the caustic anger of Meat Teeth and it’s not for the faint hearted. For those familiar with the angry rants and raves on Empire and Flag you won’t be disappointed. The video is set in the derelict surroundings of an old sixties shopping precinct in Billingham, Teesside and sets the scene for Kingsley Hall’s venomous sermon that hits hard and gives you a feeling of Steve Ignorant getting right down with the late Mensi. A startling piece of gritty spoken word backed by a searing shred of earsplitting sonic noises, which crash in and out and will scare the shit out of you. Kingsley explains:

“Meat Teeth was inspired by a combination of conversations from work last summer about feeling like you’d won the lottery at getting ten pounds an hour; chats online about the occasional pointlessness of leftist preachings to the converted; the ongoing horror of this comedy cartoon fascist government; and a realisation that we’re all going down on this shitty red white and blue ship together – some more comfortable than others admittedly, but by fuck, we’re all going down. The core of it was pulled together over Christmas ’21 when the combination of Downing Street party revelations and the sheer greed of the season started to tip me over the edge. We turn these songs around quickly, the point of them is to release them so they’re relevant to the subjects we’re writing about. There’s no time to waste.”