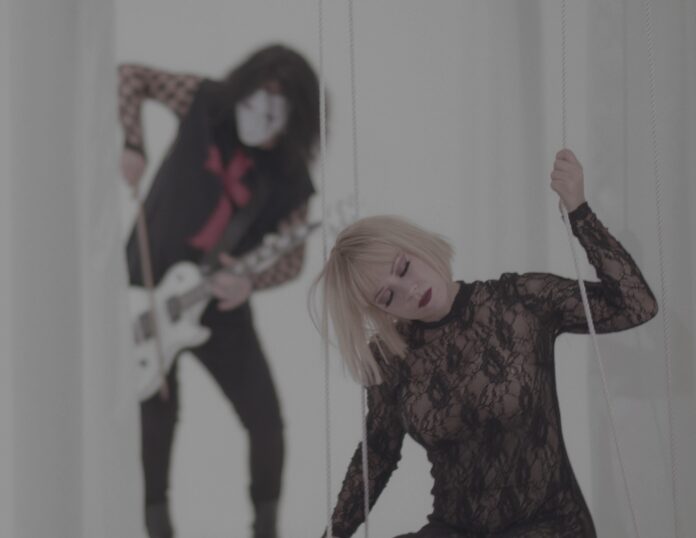 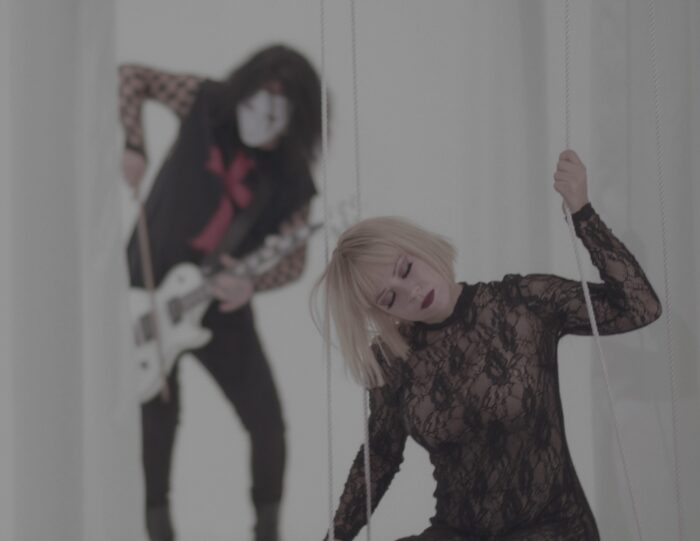 Today we present an artist collective with quite the backstory, not to mention a kick-ass discography in the few short years of their existence. Based out of Los Angeles, guitarist Michael Ciravolo – curator of Beauty in Chaos (and also formerly long-term guitarist for Human Drama and Michael Aston’s version of Gene Loves Jezebel) presents the latest offering off the album ‘The Storm Before The Calm’ album, BIC’s third hard-hitting album which involves an all-star cast, including members of The Mission, Hate Dept, Pigface and My Life With The Thrill Kill Kult.

‘Stranger’ is the sixth track on this album, but a standout track with mesmerizing vocals from Holy Wars’ vocalist Kat Leon. Captivating, this track is powerful while also being hauntingly beautiful. The accompanying video was directed by Leslie Gladney and filmed at Tiger Lab Studio, Van Nuys, CA.

“This gorgeous song resonates with me much like ‘Storm’ and ‘I Will Follow You’ from ‘FBIC’. One of those ‘a few in a lifetime’ moments for an artist. I truly believe things happen for a reason, as I literally stumbled on Kat’s band Holy Wars when they supported my friends Papa Roach. I thought she had an amazing voice and was a very captivating performer. What stood out the most to me was how she poured her pain and heartache into her lyrics. Lots of her ‘story’ intersects with mine,” says Michael Ciravolo.

Out now via LA-based label 33.3 Music Collective on vinyl, CD and digitally and quite likely to please aficionados of such bands as The Mission, The Cure, Sisters of Mercy, Killing Joke and Nine Inch Nails. Recorded at Ciravolo’s own SAINTinLA Studio, this album was recorded, mixed and produced by Michael Rozon, Grammy-nominated for his work with Ministry.

Beauty in Chaos is the brainchild of guitarist Michael Ciravolo. Originally from New Orleans and now based in Los Angeles, he is best known as President of Schecter Guitar Research. He also played guitar in Human Drama for 30 years, in addition to playing live and recording with Michael Aston’s Gene Loves Jezebel since 1998.

“Undaunted and unscathed by the studio software/hardware meltdowns and the unprecedented global pandemic shutdown, here is our new album. I am in complete awe of the amazing artists; some returning, some new that have lent their voices and words to make this record possible. And I‘m eternally grateful to our growing BIC FAMILY that continue this journey with us,” says BIC curator mastermind Michael Ciravolo.

“To me, ‘The Storm Before The Calm’ represents a rewind and a fast-forward. A rewind to the ‘80s and the great albums that lived on my turntable, that set a mood, a vibe… even the feeling of temperature.. as well as a crystal ball look into the next evolution of Beauty In Chaos. Beauty wrapped in chaos. Dark, but always, with a light”.

As of June 19, ‘The Storm Before The Calm’ is out on vinyl, CD and digitally. The 180g-vinyl releases include a black numbered limited edition and black & blue duo-tone. CD and digital orders come with an 8-page digital booklet with lyrics and a 25+ minute title opus not found on the vinyl version. CDs also come with the full digital download. ‘The Storm Before The Calm’ can be previewed at here and obtained at here.

Also enjoy this teaser, created by Ryan Martin / Jammer Direct, with samples from each song: