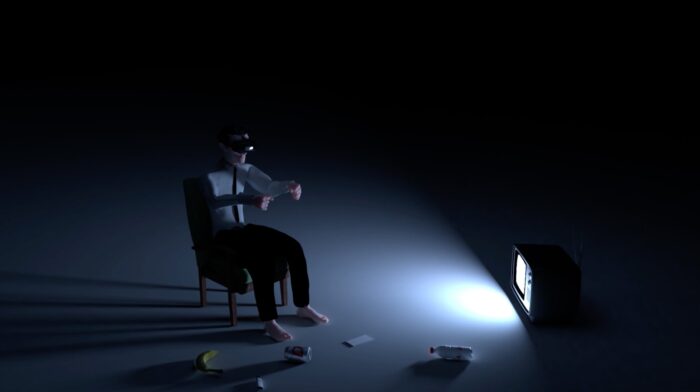 Self-described as an “exquistely choreographed high-speed car crash”, Brighton-based punk duo NRVS are exactly the sort of band that 2020 has been crying out for. In a year in which the world has been battered by the threat of WW3, bush fires and a global pandemic, not to mention political shitshows the world over, not just either side of the Atlantic, it’s clear that people’s mental health has taken something of a battering. NRVS are the sonica personifcation of such. Loud, aggresive, pissed-off and most importantly, pure catharsis.

Bad taste is the debut single from the anonymous duo, and succeeds in summing them in as succinct a two minutes as one could hope, blending together elements of modern post punk bands such as Fontaines DC and giving it a sense of ’70s snarl.

“An obsession with ecological collapse, social dislocation, science fiction” states one half of the mystery-clad duo NRVS on what fuels their fire. “Lyrics that stalk a landscape of social dislocation and cloaked oppression: anxiety as a means of control; the dystopia of the ordinary.”

A narrative worthy of separating their identity from, adding gravitas to a socially reflective ethos that perfectly syphons through their jagged music, executed with a formidable punk grit. Check it out below: