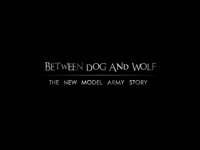 The upcoming documentary of New Model Army tells the story of the idiosyncratic band who defied everything to create music of their own vision. It’s a great tail of stubborn brilliance and a thrilling band and is told with film clips, archive footage, lots of great live stuff and a bunch of talking heads including LTW boss and Membranes and Goldblade frontman John Robb.