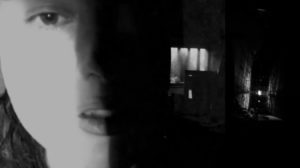 In many quarters, American Teeth by Superhand became an early contender for album of the month when it was released back in May with it’s exciting mix of soulful post punk, psychedelic rock pop. Seven tracks of quite stunning quality (produced by Mike Mason of 90s shoegazers Swallow) catapulted the collection beyond anything else the year had seen so far.

The Anglo-Swedish duo of Inga Carlstrom and Leck Fischer have just announced that their next single, ‘360 Turns’ will be released on Friday 13 November. The track sees their often anarchic sound brought down to a piano led orchestra which gives the vocal range of Carlstrom to shine through.

Accompanied by a new video directed by the band and Max Hartley (Rhinestone Films) filmed in and around Maltbarn Recordings in Rhaydar, Powys the track has been released with an extended experimental version which again shows the bands undeniable uniqueness.

And here’s the Radio Edit to complete your listening pleasure: