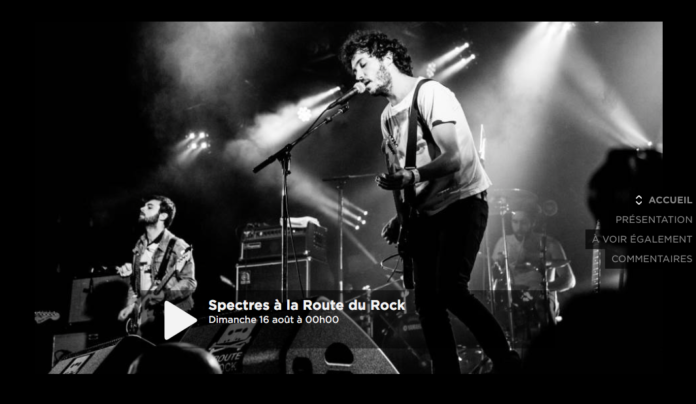 Bristol’s Spectres, whose album Dying came out to near universal (ahem) acclaim earlier in the year were over the water this weekend killing it, by all accounts, at the La Route Du Rock festival in St Malo.

Their fifty minute set can be watched in full above.

The band’s next gig it at Reverence Valada festival in Portugal on August 29, followed by a hometown show at the REST Room on September 13 and a week of dates in Germany, France and the Netherlands, including one at the ever excellent Incubate Festival in Tilburg on September 17.

They will also be releasing an essential limited-edition 12″ single soon featuring remixes of two songs from ‘Dying’ next month.

Richard Fearless turns ‘Sea Of Trees’ into pulsating lo-fi techno that sounds like a lost Trax record, while Factory Floor’s Gabe Gurnsey turns ‘Sink’ into almost seven minutes of hypnotic, jerky rhythms. Two killer cuts, you can take our word for it.

Spectres website is here: wearespectres.com. They also have a Facebook page and are on Twitter as @wearespectres. Dying can be bought from the band’s Big Cartel.