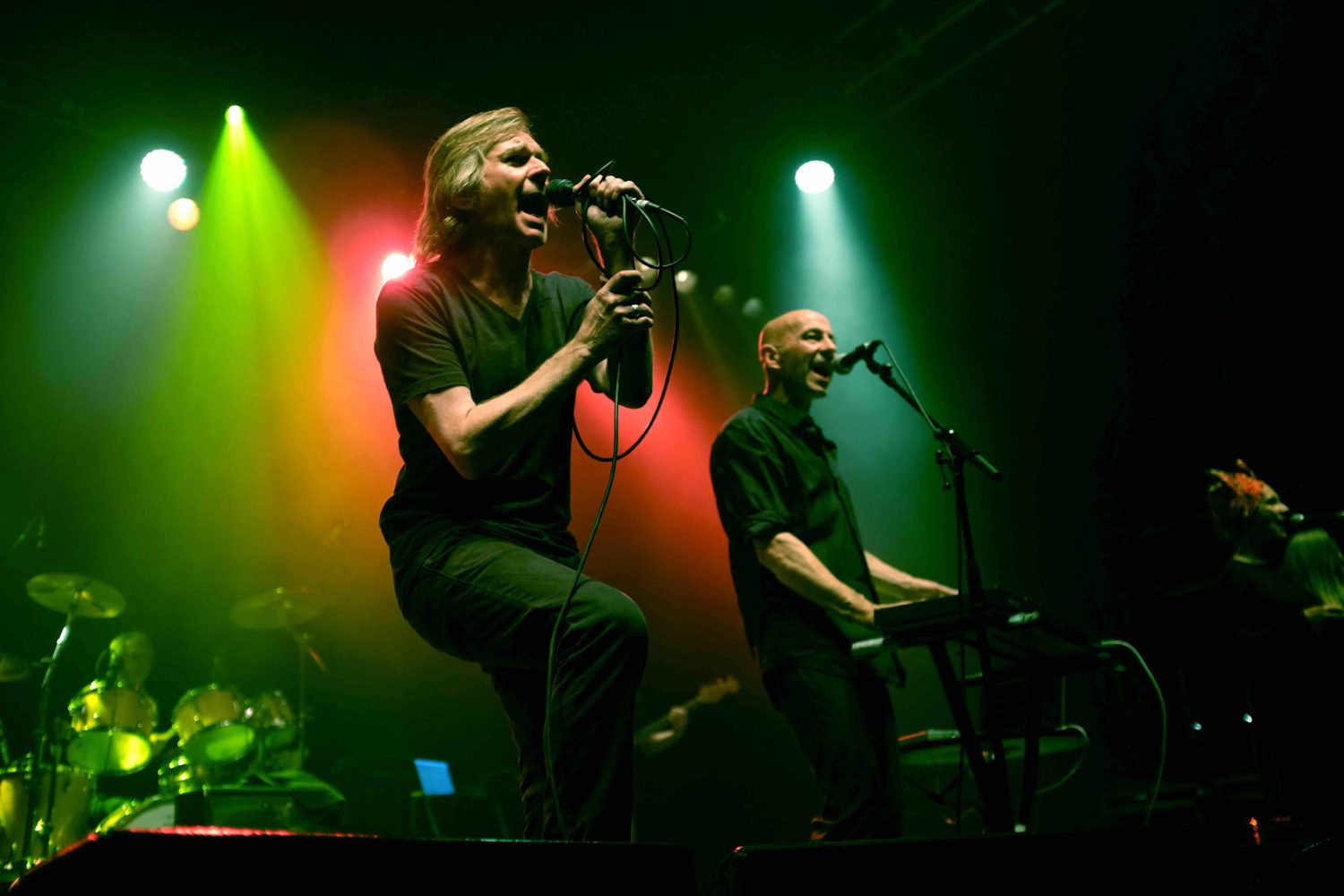 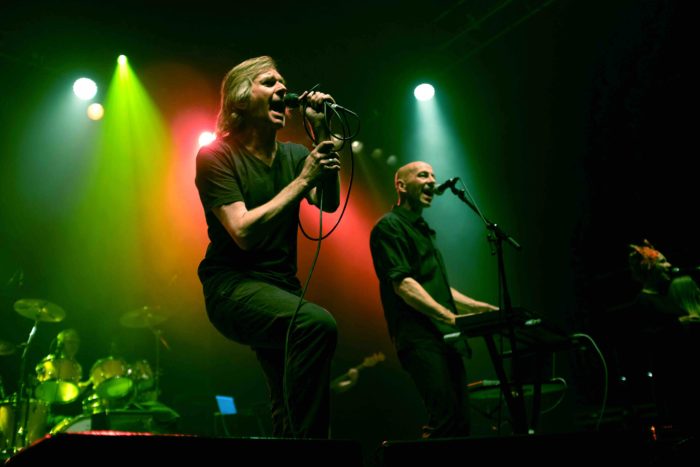 37 is the the second single off the new album from alternative and new wave music legends Shriekback. In fact, Why Anything? Why This? is their 14th album. This follows up the band’s dark and animated first single And The Rain.

Shriekback got their start in the early ‘80s new wave and post-punk frenzy. While they achieved their greatest level of fame during that decade, that hasn’t prevented them from releasing continually strong music, including the tracks found on their new album. Self-released and making the transition into dark-edged electro-rock territory, Shriekback ring true to the description earlier given them by The Independent “sounds like Leonard Cohen waking up in that future and deciding to go down the disco”.

In the best tradition of spooky British nursery rhymes, 37 introduces the repetitive and haunting chant-like theme that makes this song particularly memorable. The vocal tandem of Barry Andrews and Carl Marsh is potent, underlined by resounding drumwork by Martyn Barker.

Shriekback was formed in 1980 by ex-XTC keyboardist Barry Andrews and bassist Dave Allen on his departure from Gang of Four, in collaboration with guitarist Carl Marsh from Out On Blue Six. Andrews also played in Robert Fripp’s League of Gentlemen.

Under the auspices of the visionary Y Records label (home to The Slits, The Pop Group and Pigbag), the group found their voice experimenting in EMI Music’s KPM demo studio in London, refining a uniquely recognizable sound in 1982 on their first full-length album ‘Care’ and eventually achieving wider recognition with the singles Lined Up and My Spine (Is The Bassline). In 1983, they were joined by drummer Martyn Barker (King Swamp, Billy Bragg).

A move to a major label, Arista, allowed the band to fully realize their sound on Oil & Gold (1985), a milestone album that remains the band’s best-known (helped by the success of the single ‘Nemesis’) and the foundation of their popularity on the US college circuit and elsewhere.

New collaborator Scott Firth (of P.i.L) adds irrefutable bass to selected tracks, while Shriekback regulars Wendy and Sarah Partridge contribute their ever-invaluable backing vocals. Live drums were recorded by Ian Caple (who’s been with Shriekback since the beginning) at Yellow Fish in Lewes and Christoph Skirl at Echo Zoo in Eastbourne. The album was mixed and mastered by Stuart Rowe in The Lighterthief Bunker, Swindon – his fifth Shriekback album in this role, an indication of the value placed on his objective ear and technical skill.

The videos for both 37 and And The Rain were filmed by Howard Davidson (a.k.a. Hodah). Dark, cinematic with a sense of mystery to them, they underline the brooding element found within these addictive tracks.

In terms of the album as a whole, this music ought to appeal to die-hard fans of Nick Cave, Midnight Oil, Bauhaus, Love and Rockets, The Church, The The, PiL and Gang of Four.

Why Anything? Why This? is now available via digital stores and streaming platforms and CDs can also be ordered from the band here.

Also check out the previous single ‘And The Rain’

and 2009 classic ‘Gunning For The Buddha’