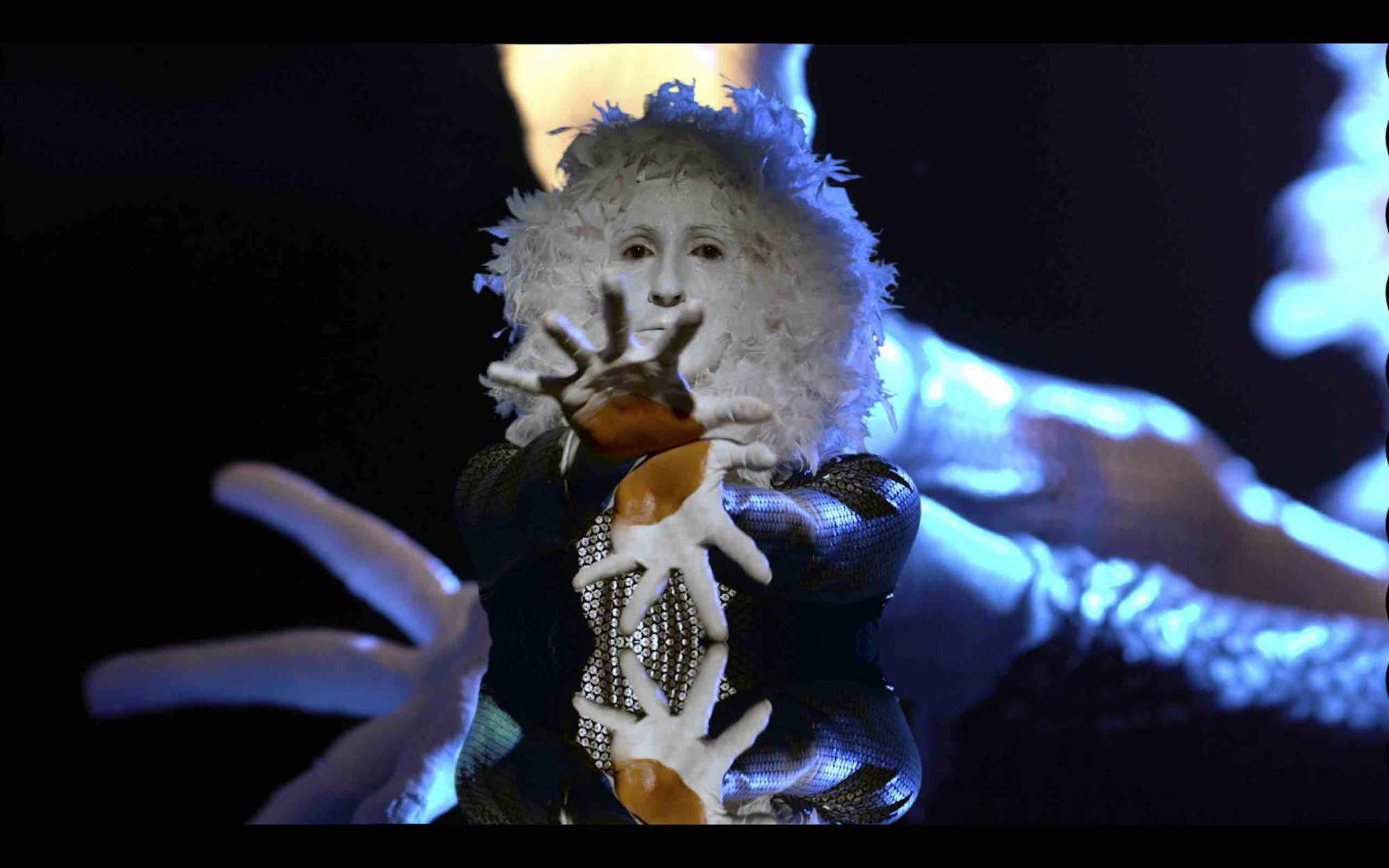 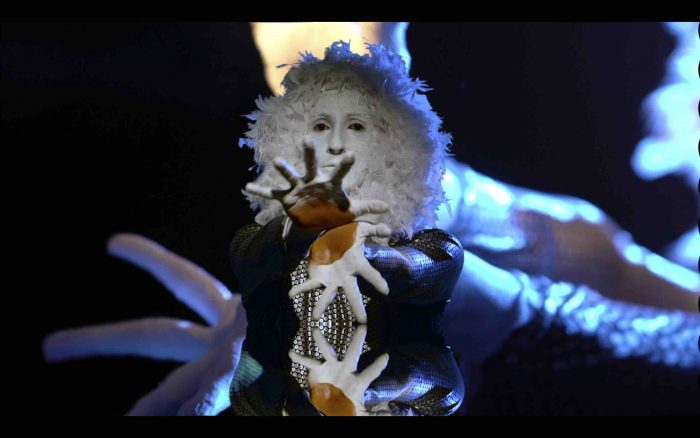 The Sandstorm video was inspired by the otherworldly character in the Goethe poem Erlkoning – a figure who terrifies a boy throughout a haunting poem. The ghostly apparition of the Erlkoning is interwoven with another set of characters who represents heavenly bodies, white dwarf stars, the final remnants of dead stars. Mason was inspired by Canadian dancer, Haylee Nichele, and their work together directly led to this video.

Rachel Mason explains: “This is fitting imagery for the apocalyptic Sandstorm from my Das Ram album, which presents a series of songs from the imagined perspective of mystical nonhuman figures. While Sandstorm’s composition pre-dated the current Trump era, it has a foreboding sense of much of the chaos to come. ‘I am gonna live in a sandstorm, I am gonna let the dust make me blind. This is just the end of the road I’m on, but this is just the start of the ride.’” Mason, on her part, has been actively protesting the Trump presidency through her stage persona FutureClown, whose inauguration ceremony took place simultaneous to Trump’s, and who participated in the Women’s March and airport protests, as well as new FutureClown weekly dispatches for the RuPaul-sponsored World of Wonder.

The new video follows those for Heart Explodes, which was initially shown at a festival for new video works by women artists at Red Bull Studios NYC and ‘Tigers in the Dark’, which first screened at the LTD Los Angeles gallery, and the latest audio-visual offering Roses.

Touted as “one of the most creative forces in the world” by Impose Magazine, Mason is best known in music circles for delivering fantastical narratives which interweave musical, theatrical and narrative elements into unexpected operatic journeys. Through her wide-ranging portfolio of mixed media work, she instigates fantasy and harsh realities through scripts, sculpture, rock operas, live performances and compositions that span over a decade.

She has recorded 13 albums and created many music videos. Her feature film The Lives of Hamilton Fish toured the world in 2015 and recently released on VOD. Mason has exhibited her visual art and performance work at museums, film and performance festivals internationally and at many of the country’s leading art galleries. Her work has received praise in VICE, Interview Magazine, The New York Times, Artforum, LA Weekly, The New Yorker, The Los Angeles Times, Art in America, Huffington Post, and Flash Art.

The Das Ram LP is out now via Cleopatra Records, whose roster celebrates such diverse ground-breaking artists as Ministry, Wolfgang Flür, Christian Death and Iggy Pop to folk legend Judy Collins. This album is also available on limited edition cassette via Practical Records.

Sirrah, the largest and most powerful star in the Andromeda constellation, recently detected that half of the world has been obliterated. Sirrah attempts to comprehend the destruction of an impossibly distant but beloved world as voices of real humans describe what they have discovered by living and observing planet Earth. These include UCLA physicists – Professor Mayank Mehta (neurophysics) and Professor Matt Malkan (astrophysics) – as well as legendary artist Kristin Hersh (Throwing Muses) and Hiroshima survivor Akiko Takakura. This performance also features Tora Kim, Rachel Mason, C. Spencer Yeh, Yoshi Sakai and Neil Malick.