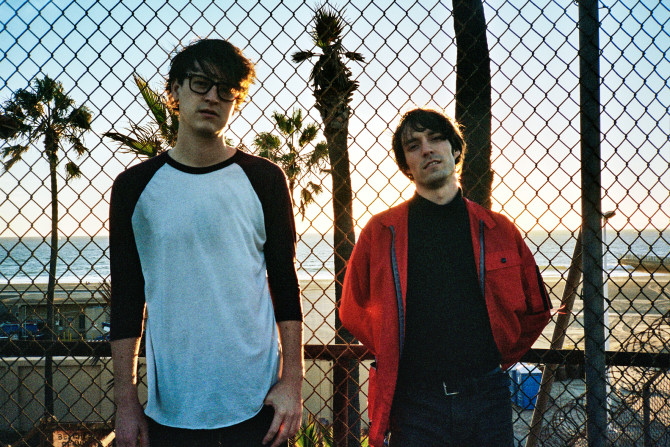 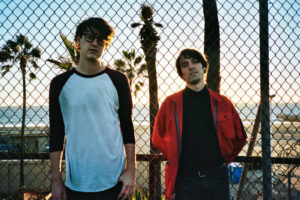 Jangly indie guitar pop duo The Molochs, Lucas Fitzsimons are Ryan Foster, who blend the LA sunshine with glorious melodies brining to mind a host of C86 influenced bands alongside the US and Antipodean alt-pop of Galaxie 500 and The Go-Betweens release new single Too Lost in Love.

The effective video, directed and produced by Evan Pritts, shows Lucas at his typewriter during the writing process before the band starting to play tentatively, launching into the sweet melodies and tune that instantly becomes an earworm. “Too Lost in Love “to see what’s going on” is an upbeat track that lifts the spirit, despite telling the pensive tale of being so blinded by love that he doesn’t really see what is happening.”

“After Glory showed the world who they were, they needed to make an album that showed what they could do. So ‘Flowers In The Spring’ is where the Molochs worked harder, thought harder and fought harder to be the kind of band that the times demand.

“I like to think the world just needs some good solid songs out there,” founder Lucas Fitzsimons says. “It’s simple. It’s not easy, but it’s simple.” As on Glory, inspiration from Syd Barrett, Dylan, Nikki Sudden and kindred spirit Peter Perrett of the Only Ones was at work, but the Molochs are endlessly ravenous when it comes to things to read and listen to and learn from. On Flowers they refine and recombine their sound, working in that long tradition of poets who cover themselves in pop songs.”

Find their music online at their bandcamp page