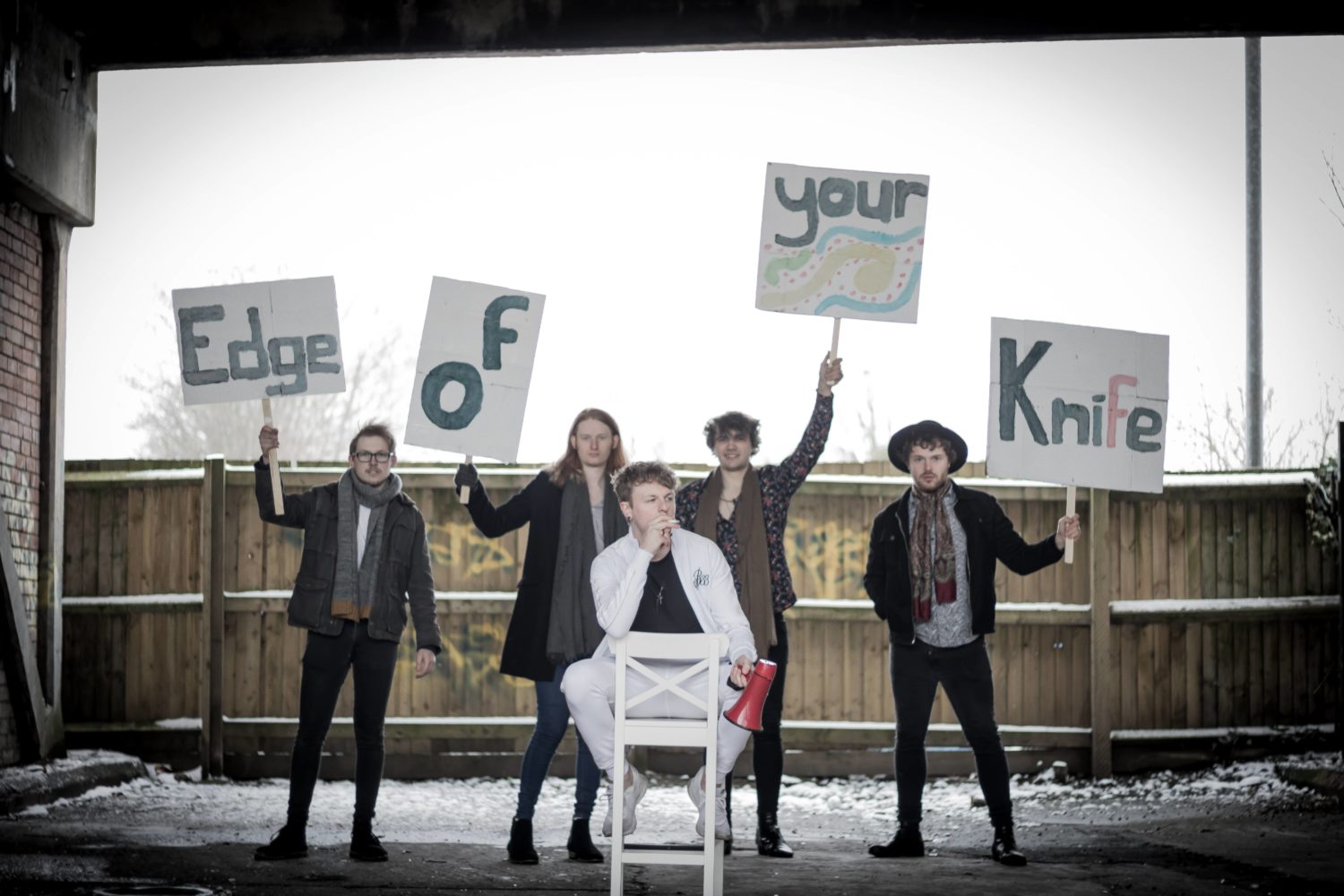 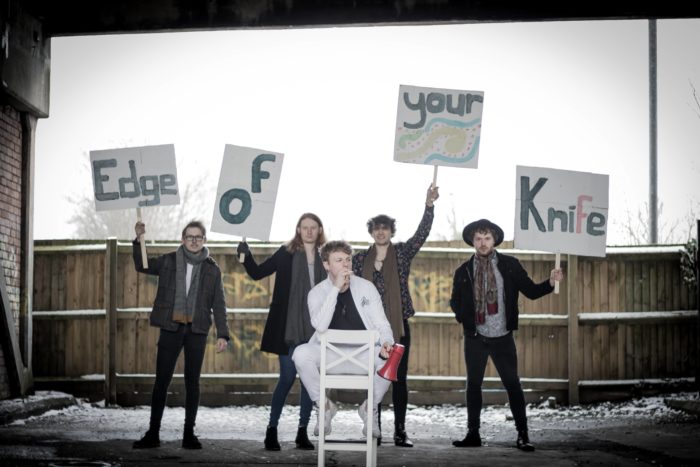 Hailing from Nottingham, The Mocking Jays are a five-piece pop-rock band that have effortlessly created a deft balance of pop sensibility and rock and roll swagger that, since forming in 2014, has allowed them to rapidly make a name for themselves, both within their native East Midlands, and across the UK.

Though crucial early support from the likes of 6Music and BBC Introducing, as well as festival appearances at the likes of Y-Not, have done nothing to hamper the band’s reputation, it’s largely down to the inherent appeal of their own brand of idiosyncratic indie-pop.

Falling somewhere in between the ballsy freneticism of bands like Kasabian and the pop pomp of Clean Bandit, it’s a dichotomy both accessible and irresistable and best summed up in the band’s own accurate words as sexy, funky, dirty pop; a description that fits The Mocking Jays’ latest single ‘Edge of Your Knife’ perfectly.

Four minutes of bold bass licks, slick percussion and uncompromising guitars, not to mention the buckets of charm it harbours, ‘Edge of Your Knife’ feels like the perfect progression on from last year’s ‘Take You Home’ and sees the five piece build on those foundations in order to create a track that not only exhibits just where The Mocking Jays are as a band today, but where they’ve come from as well.

You can stream Edge of Your Knife below: