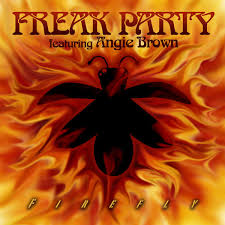 Freak Party are a legendary band in the Manchester music narrative.

The band have become more than a footnote due to their line up being Johnny Marr, Andy Rourke in pre Smiths days and drummer Funky Si Wolstencroft – the three of them went on to form an early version of the Smiths before Si bailed out.

Si himself was schoolmates with Ian Brown and John Squire and part of the early Roses story as well as well as spending ten years in the Fall – his life story is the story of Manchester post punk and you can read about it here.

This year Freak Party Crack Therapy demo was remixed by Mike Bennet and the single has had a great reaction – here is the alternative version, You can drum but you can’t hide (Firefly Begins), which features Si reading out a potted history of his life story over the track which has all the hallmarks of one of those great quirky post punk singles and is driven by Andy Rourke’s astonishing bass line.