Home News WATCH THIS! the new single from James Johnston 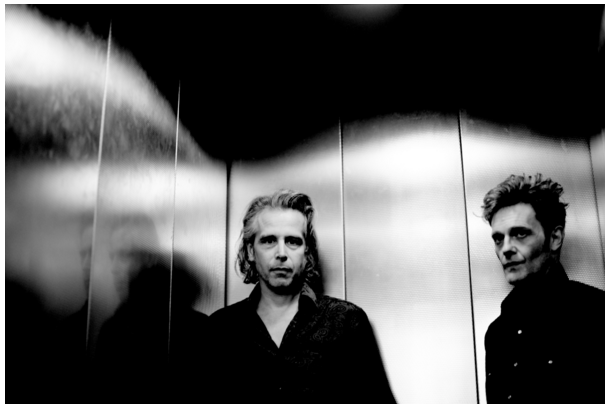 James Johnston’s solo album has been one of the crafted recent highlights. The Gallon Drunk and PJ Harvey man and former Bad Seed stepped up to the plate with an album of beautifully written songs.

His new single, “I’d Give You Anything”, is released on April 7th  and is released under the title of James Johnston feat. Gemma Ray with a video from legendary photographer,  Steve Gullick which is surprisingly the first time Steve has made a video for his old mucker despite the pair of them sharing bills with their bands and Steve photographing james many times.

The Starless Room – The results are a revelation, and not just for James Johnston. Vast in its scope, visceral, intimate and instinctive – “I just followed whatever triggered an emotional response in me”

The Starless Room represents a remarkable distillation of both his lyrical obsessions and prodigious, arguably under-acknowledged talent. Suitably, it’s the title track that encapsulates the romantic sweep of the record best, with its star at his most intense and Sebastian Hoffman’s string arrangements at their most ambitious. For James Johnston, however, the greatest pleasure of all is a simple one: the songs’ slow tempos,
“Something I adore, like a lot of the Isaac Hayes or Ray Charles albums that I love. It almost feels like I’m listening to someone else’s record.”

But it’s not. It’s James Johnston’s debut solo album, The Starless Room. Like he said, it feels just right.
James Johnston – As well as playing with Gallon Drunk, James Johnston has spent considerable time working with others: A mid 90s spell as a touring guitarist in Nick Cave & The Bad Seeds led to a full role in  the band between 2003 and 2008, and he’s performed regularly with other iconic acts, including Lydia Lunch, Faust, and, currently, PJ Harvey, on whose The Hope Six Demolition Project Johnston appears.

But if it sounds like he’s softened on this album, he argues powerfully otherwise. “The band’s records have quite an earthy feel, but in a way this is rawer, more focused and direct, musically and emotionally. The last Gallon Drunk record‘s my favourite, and it was certain elements of that which I really wanted to take further, to strip away the dissonance and anger, to reject the more familiar sounds in order to free it all up again. So the instrumentation is very different, led by piano and voice, and the overall sound is lush yet intimate. Overall it’s far more reflective of me, both as a person and the sort of music I actually listen to.”