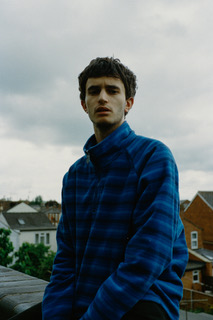 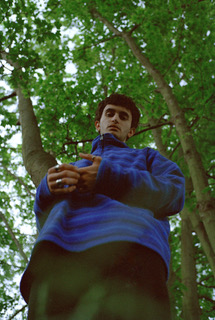 The New Consistent (Ben Ramsay) is a 19 year old musician today premieres his new video for Rude Boys. Hailing from Worcester in the West Midlands he is described as having ‘exceptionally personal lyrics’ and ‘a sharp wit and unique style of delivery’ after he released his first demo, 3 Years on SoundCloud in March 2018. The track tells a story of an argument that occurred with his ex-girlfriend on their three Year anniversary and is spoken out to the listener over a woozy, lo-fi guitar beat.

It was immediately picked up on by Austin ‘Ozzy’ Williams of Birmingham band Swim deep, who then went on to engage in conversation with Ramsay over the next few weeks, discussing other unreleased works and some beats that Ozzy himself had been working on. The pair agreed to create a debut EP for The New Consistent, with Ozzy prepared to help out by producing and co-writing some tracks.

In May they recorded three tracks in Ozzy’s home studio, and after a few months of mixing and deciding on a final name (Ben originally intended to call the project Graze, but with help from Ozzy and his girlfriend Nell, decided on The New Consistent, picked straight out of the chorus of his own debut single) The New Consistent dropped his self-titled debut single in August 2018.

Since then, he has released a reworked version of 3 Years and had write ups from several blogs, become the first client of the Happy People Blog’s PR company and filmed a music video for the debut single.

In March of this year he released his debut EP, titled Individual Social Accounts And Commentary which featured the three tracks recorded with Ozzy (The New Consistent, 3 Years & Petrol Station Flowers) and two tracks he recorded, mixed and produced in his own room (The Runaway Mind & Greta Oto) which was well received by many blogs online.

In June, he performed his first gig at The Sunflower Lounge in Birmingham supporting Wy. A well received, slick performance paved way for more bookings with more appearance due in August.

Rude Boys – his new single details a relationship with his Dad that has peaked and dipped over his 19 years. It showcases an elegant flow to his delivery, only really seen on Greta Oto and takes his story telling to the next level. The video that accompanies it lets the viewer step into the life of Ramsay, watching as if they were in the room with him.