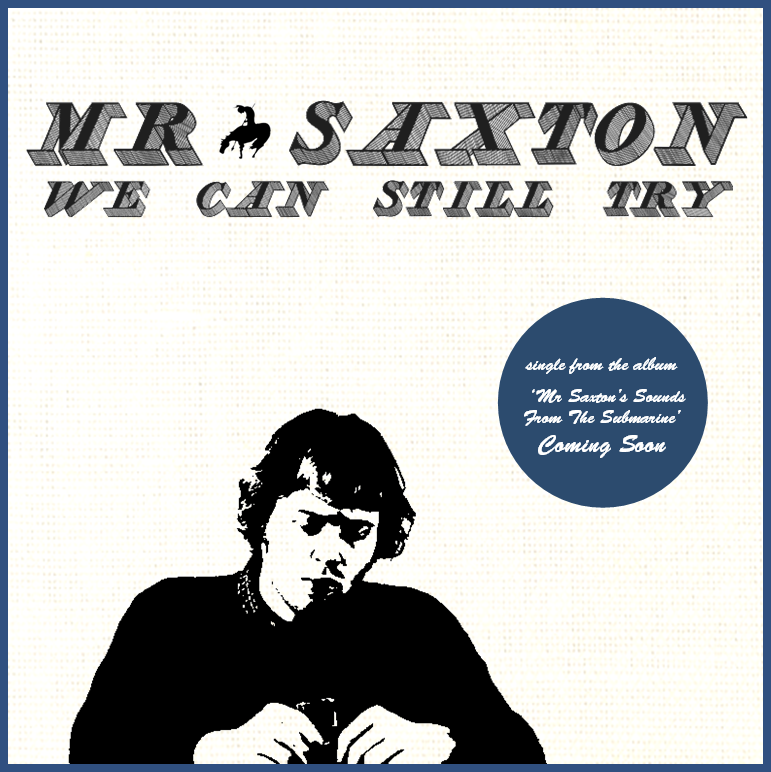 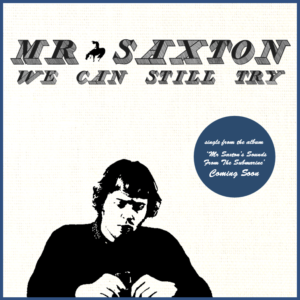 Mr Saxton first came on the scene with ‘Luke Saxton – Sunny Sadness’ in 2014, a song-cycle of early 70’s sounding pop songs which he wrote and recorded at the age of 17, two years before its release. Now aged 21 he has recorded two new albums, ‘Mr Saxton’s Green Garden Stories’ & ‘Mr Saxton’s Sounds from the Submarine’, both yet to be released. The single taken from the latter is ‘We Can Still Try’, a song he wrote at the age of 15, revisited with a cool drum machine and vocal harmonies.

The sound of the new album takes a more relaxed, laid back approach and explores deeper into the weird and more abstract sounds, within the realms of a 3 minute pop song. Saxton takes huge influence from albums by The Beach Boys such as ‘Smiley Smile’ ‘Wild Honey’ & ‘Friends’ and the themes of the songs explore subjects such as having a bath, getting lost in a Henri Rousseau painting, hearing birds singing in the early hours and watching a purple sky.

“I was at the swimming baths and I heard music echoing through the place. I wanted to make music that captured that feeling of being in the water with your eyes closed, the smell of chlorine. So I started writing songs about baths, oceans and all things water related. I wanted to try and put people in a calm meditative state with music. I went to (video director) Callum Scott-Dyson with aquatic ideas and we got going on the video, he was great for finding locations and booking them, I would’ve never been able to do it on my own. We have now done 7 videos together, and worked on 3 short films. With this being the most recent production, we get slightly more ambitious each time. This is the one we are most proud of. He even let me do a little animation, not knowing if I could even draw anymore”

The albums were recorded on free audio software at his home studio in what he calls ‘The Blue Room’. Everything you hear on the record is Mr Saxton himself and the constant theme is a commitment to song-craft and nuanced, subtle production.

Mr Saxton can be found on Soundcloud here: soundcloud.com/luke-saxton-music. He can be followed on Twitter as @lukesaxtonmusic and Liked on Facebook.