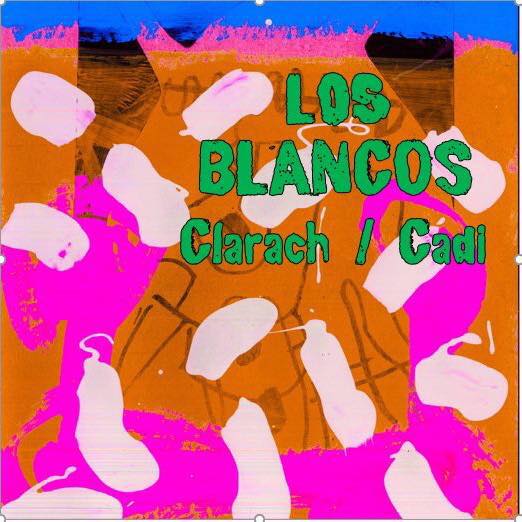 Los Blancos are on the rise. As part of the resurgence in Welsh language music currently bursting forth all over the country, they hold a unique place as they take on the dreamy-psych stylings of Gruff Rhys and marry into the sharp/slash guitar sounds of bands like Pavement and Pixies. Never ones to settle on a specific style, Los Blancos’ sound mutates between each release (even within the space of one three-minute song) leaving listeners wondefully uncertain of where the band will go next. With a strong live following that grows after each gig, Los Blancos are here to stay and it would be worth your while keeping an eye on where they step next.

“The eventual birth of these songs is a myth in itself, studio flooding and dying computers meant the band lost much of their already recorded debut album and where forced to re record everything during one adrenaline filled recording session with producer Kris Jenkins aka Sir Doufus Styles (SFA, Gruff Rhys, Cate Le Bon, H Hawkline, Gulp) in a closed community centre on a rainy Sunday in the centre of Cardiff.

Clarach / Cadi display the emotional complexity that is at the hart of Los Blancos songs which makes them mesmerising. Playful and loud at times yet they always possess a vein of melancholy. As Dewi Los Blancos Bass Player explains:
“Cadi is dedicated to rhythm guitarist Osian Owen’s dog. His song writing influence can be heard through the driven, energetic guitars, which offer a contradiction to the more sensitive theme of finding solace through someone whilst everything around you seems to be falling apart. Although light hearted, fun and energetic in nature, you will also find a depth to the track which sums up the band ethos.”

Clarach is a small beach on the Cardigan coast north of Aberystwyth and is the backdrop to this emotionally turbulent but delicate song. Lost love, lost summers and the loss of innocence are all here in Gwyn Rosser’s broken vocals. This is a band to believe in, gritty and uncompromising as The Replacments a new exciting chapter for Welsh music.”