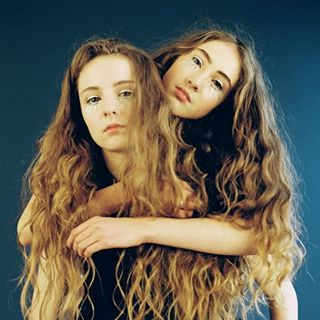 Two years ago we saw an amazing duo play a gig in Norwich.

Two 14 year old girls created this strange and atmospheric world that was so captivating that we have spent the last two years telling everyone about them. We reviewed their 2014 gig here. 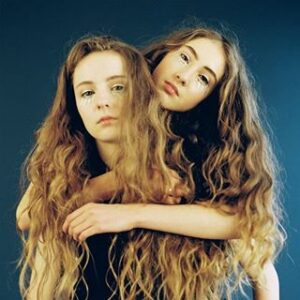 Finally they are ready… LET’S EAT GRANDMA have signed to Transgressive and share the video for their first single, ‘Deep Six Textbook’ . Their debut album to be released this summer

Transgressive are pleased to announce the signing of Let’s Eat Grandma, the most unique and fascinating duo to have come out of the UK for some time.

Best friends since the age of four, multi-instrumentalists Rosa and Jenny (aged 16 and 17) create imaginative and original music that crosses the worlds of experimental pop and progressive weirdness.
Today Let’s Eat Grandma share the video for ‘Deep Six Textbook’, their first single which is available now on iTunes (HERE) and will be released on limited edition coloured 7” vinyl on March 18th 2016 (pre-order it HERE).

Filmed at Cromer on the Norfolk coast near their hometown of Norwich, the video is an excellent introduction to the world of LEG – otherworldly, confounding, eerie and completely captivating.

Let’s Eat Grandma will be performing an intimate live show at ? in London on ?. Tickets are available here. Details of the band’s debut album, due for release this summer, will be announced soon.