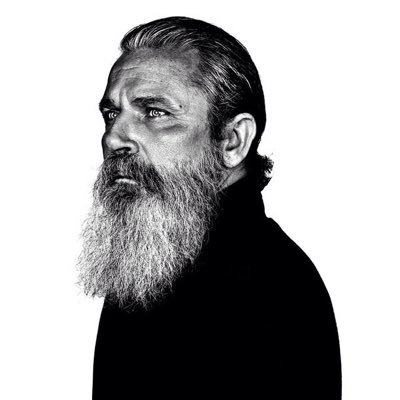 Fresh from appearing in our Albums Of The Year (So Far) listing with the amazing The Last Woman, Lark has released a video for the new single Bleaching Out. Made by artist and filmmaker Matthew Humphreys the video is simple yet startling and allows the track further impact as a thumping, gnarling composition.

Said Humphreys: “Karl asked me on one of our passing chats on Kingsland Road if I would like to make a Lark video for him, it had been a while since I picked up a camera and shot one. I remember running through the streets of Cardiff with Welsh rap act Goldie Looking Chain. ‘Bleaching Out’ jumped out from Lark’s new album ‘The Last Woman’, with its squelching beat and lyrics that talked about bleaching out my love for you. In my artistic practice I deal with technology and memory and I have been thinking about glitches in video data. I had just edited Suedes new promo The Invisibles and I liked the simplicity of one shot synced that rode the whole song, so I took that approach. I shot him in a dark room using an old night vision camera and threw a whole load of glitching effects in post-production, trying to bleach and glitch out the image.”

Acclaimed by both critics and fellow musicians alike, Lark is an independent band and solo project founded by Karl Bielik, a nonconformist and often idiosyncratic songwriter, frontman and artist. Carving a grimy, gritty groove with heavy basslines, raucous sounds and turbulent lyricism, they paint a volatile picture of the landscape they inhabit: romantic, dissonant, feverish and alive.

The Last Woman stands to be one of our albums of the year from the broody grunge of opener ‘Dowdy’ to the disturbed western guitars of ‘Underpass’ (“Here comes love, Rooting through the bins”), the industrial machine soundscapes of ‘Bleaching Out’ (“I swapped the chair, For the noose”) and the sad, haunting lullaby of ‘Nothing’ (“Nothing almost nothing, That we have left behind”), ‘The Last Woman’ spans soft, harsh, tender, melancholy, love, loss, age, humour and politics. Tracks such as ‘Nightclub’ (‘Station To Station’ era Bowie) and the quasi industrial pop of ‘One Step’ (The Fall), ‘Broken’ (JJ Burnel) conjure dark memories of a musical heritage, but the industrial feedback, sonorous declaration, low sung bass and warped shards of noise and melody of ‘The Last Woman’ are all Bielik’s own.

Karl Bielik lives and works in London and is also an abstract painter. His paintings have been in numerous shows at home and abroad, including The John Moores Painting Prize, The Royal Academy Summer Show, The Contemporary British Painting Prize and The London Open. He is also the Founder and Director of Terrace Gallery and Studios.