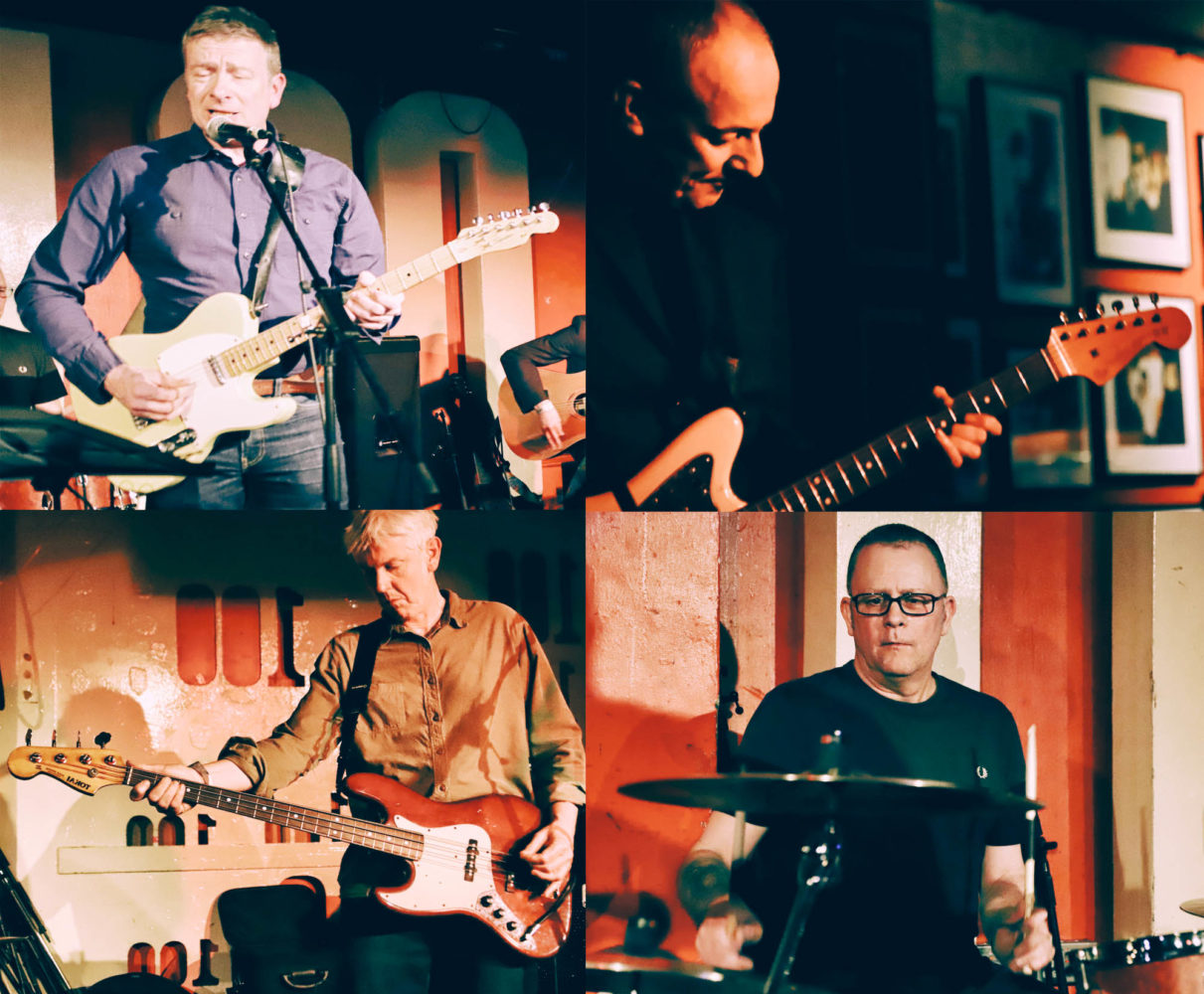 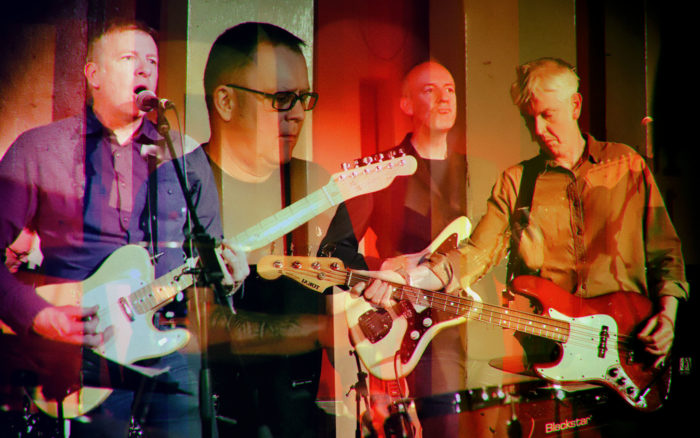 We are pleased to premiere the new video for ‘Journey’, the first taste of their much-anticipated album ‘The New Industrial Ballads’, their band’s first new recordings since 1992.

The Claim are David Read, Dave Arnold, Martin Bishop and Stuart Ellis. Adrian Hatcher was previously with the group for 1985-87 and John Cleary in 1991-92.

“Journey marks a welcome return of political pop. It’s a song that the Claim wrote following the European referendum. It was motivated by a deep unease about the way in which the political right dehumanised economic migrants during the campaign and afterwards,” says David Arnold.

“The lyrics reflect on the similarities between the journeys made by different members of all our families across the generations, to find a new life and a happy ending.  Empathy is something we have to fight for.”

The new album comes hot on the trail of a special reissue of their seminal album ‘Boomy Tella’ album, available on green vinyl and also CD for the first time. Both of these albums via  The album was remastered for this limited edition of 300 copies, using the original 1/4 inch tapes. A recent feature in El País, Spain’s biggest selling newspaper, described ‘Boomy Tella’ as the missing link between The Kinks and Blur.

There is no English or British equivalent of Americana. If there were, it might sound something like ‘The New Industrial Ballads’ and The Claim would be seen as one of the originators of the genre. This is not simply an English group playing American music. This is a group of musicians making a beautiful and original hybrid that channels the root ingredients of classic English guitar music – a tasteful combination of folk (Bert Jansch, Nick Drake), thoughtful, melodic pop (Michael Head, Ray Davies), and angular politically-tinged pop (Paul Weller, Elvis Costello, The Wolfhounds) into something that is contemporary and original.

‘The New Industrial Ballads’ presents the group’s sound 30 odd years later if they had continued to play and develop, rather than quit. It’s different, it’s interesting but it is still distinctively in the mould that made the group the true pioneers of Britpop in the late 80s and early 90s.

Hailing from Cliffe in Kent, The Claim were one of the major players in the thriving ‘Medway Scene’, which emerged from the Medway Towns in the 1980’s alongside such bands as The Prisoners, Thee Milkshakes, The Dentists, Wipe Out and more. Theirs was a mod-influenced pop that seriously influenced on the sound of Blur‘s earliest works.

The Claim’s debut album ‘Armstrong’s Revenge and Eleven Other Short Stories’ was released in 1985, following this up the next year with ‘This Pencil Was Obviously Sharpened By a Left-Handed Indian Knife Thrower’. Their work received glowing support, including 8/10 by Bob Stanley at the NME and airplay from John Peel.

Aftter signing to Kevin Pearce’s Esurient Communications in 1988, they released ‘Boomy Tella’, followed by singles ‘Wait and See‘, ‘Sunday’and arguably their finest moment ‘Picking Up The Bitter Little Pieces’. They then released a one-off single on the Caff label, run by Saint Etienne’s Bob Stanley. By 1993, the band had split.

In 2009, Cherry Red Records paid tribute to The Claim’s earlier recordings via their ‘Black Path’ compilation. This long-overdue compilation of the band’s finest work introduced a new generation to their timeless music.

Slated for release on May 24 via A Turntable Friend Records, this 14-track record will be available digitally, on gatefold CD (with lyrics) and on black vinyl (with lyric sheet), with a special bluegreen vinyl edition also exclusive to Rough Trade and Bandcamp orders. It will also be distributed worldwide via SRD (Southern Record Distributors) in London.

Boomy Tella by The Claim