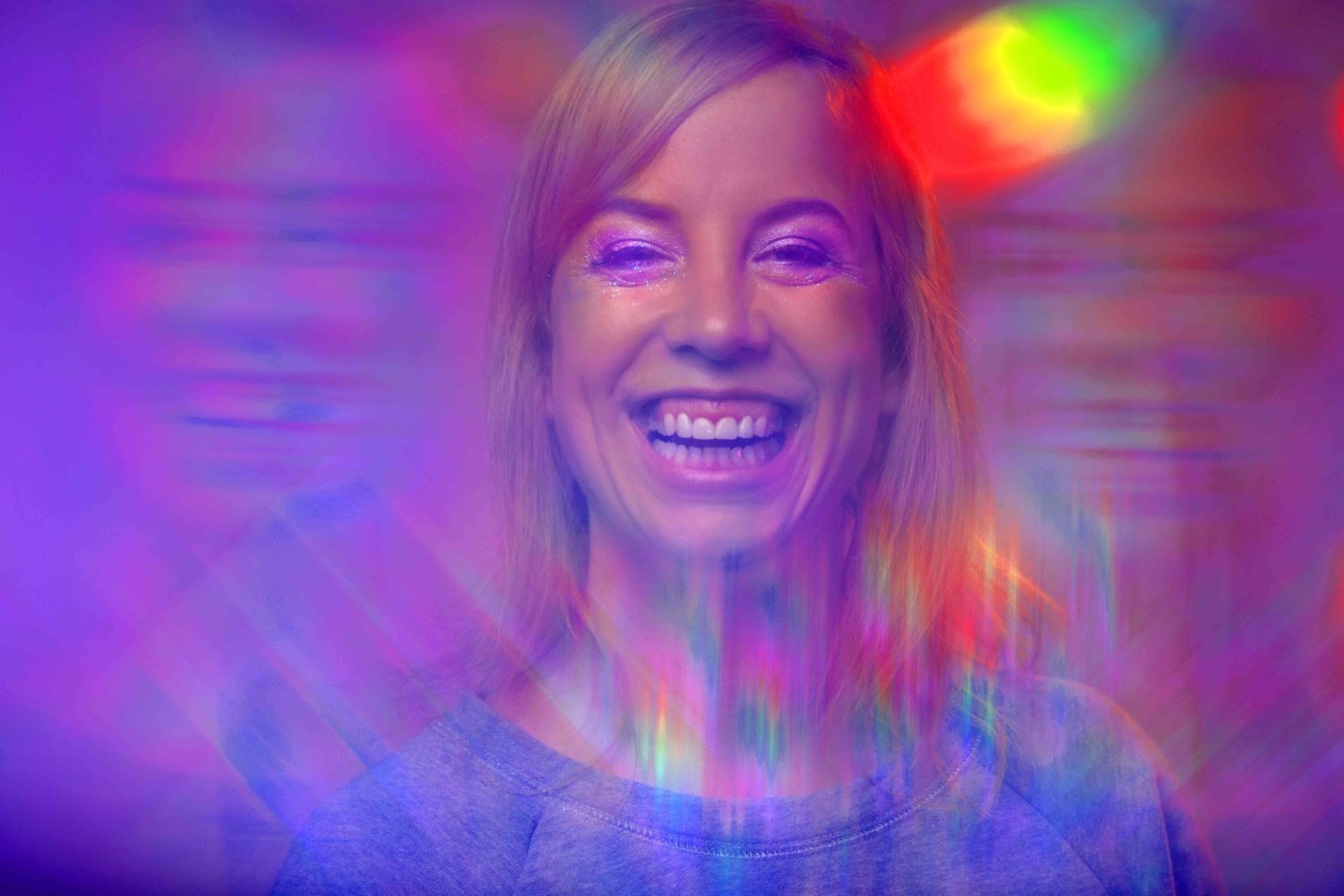 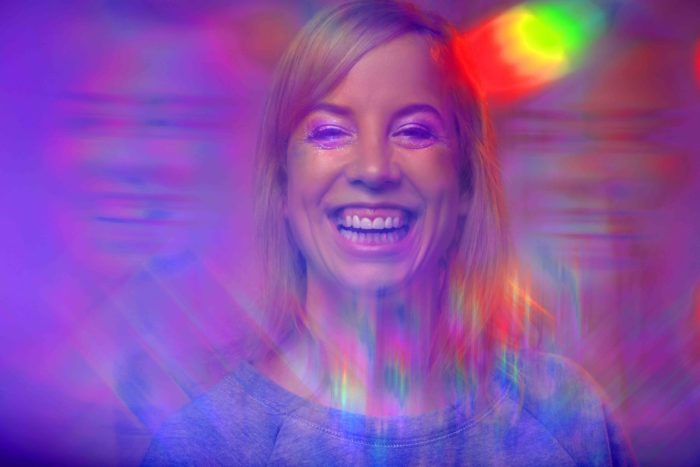 It’s always interesting to see where the musical roads of various artists take them following the disbanding of a seminal group. In the case of Stereolab, there were three key players in that group, all of whom went on to form other projects – Tim Gane, Laetitia Sadier and Morgane Lhote. Today we focus on the latter, giving you a glimpse of the very first video she’s created for her solo project Hologram Teen.

Morgane Lhote recorded and performed with Stereolab during their imperial phase between 1995 and 2001, when they released a series of career defining albums including Emperor Tomato Ketchup. Later on, she did a stint in The Projects and, from 2005, played in Garden with members of Simian Mobile Disco before starting the Hologram Teen project. Having lived in Paris, NYC and London, she is now based in LA.

Today we present you the premiere of the new video for Bleecker Street! Chase Me, designed and animated by Jason Smith at That Happy Studio. This conveys a trippy and nightmarish discotastic chase scene in gritty NYC and has plenty of easter eggs for everyone.

This may be the one of the shortest track on her debut album Between The Funk and the Fear (it releases on Friday, July 6), but it packs a punch and it’s a cool spinny one at that. This one will set abuzz lovers of French house, Etienne de Crecy, Deadmaus5, ESG, Umberto, Yello, Add N to X, Death in Vegas, Stereolab, Ghostbox Records, Goblin and Italian Zombie Horror Soundtracks.

“This is the companion piece to Brooklyn’s Broken! You Caught Me! I had a very cinematic vision for the track: a driving pulse evocating chase scenes from the late 70’s/early 80’s John Carpenter and Walter Hill movies but with a sinister slant to it. The song is set in NYC on the east side of the Bleecker Street subway station, where you see can disco-like honeycombs of LEDs on the ceiling. This digital art installation always fascinated me during my commute as it felt like being transported back to Studio 54 but in a super grimy setting. Very New York,” says Morgane Lhote.

While the vinyl version of this album released at the end of 2017 via London label Polytechnic Youth, the digital version has never been made available – until now. Catch a preview of that below as well. ‘etween The Funk and the Fea’ includes 11 killer occasionally whacked-out tracks, inspired by many key figures from varying genres – the soundtracks of Goblin and John Carpenter, 1970s French Disco and psychedelic Brazilian rock, Congolese Soukous, and string arrangements of François de Roubaix and Jean-Claude Vannier.

This release follows Hologram Teen’s widely acclaimed Marsangst’EP, released via Happy Robots Records last year. Apart from California’s Sukia, Morgane Lhote is joined on his new album by Swedish musician Orange Crate Art, spicing up the proceedings. Long time collaborator Richard Bennett also mixed and produced all the songs on the LP, and the live instruments were recorded at his studio in Brooklyn.

Although Hologram Teen embraces electronica and pop, she does so in a way that is more evocative of a prog rock disco horror soundtrack than the soulless EDM that fills the pop charts. Her approach in mixing creepy vintage library effects with bouncy dancehall synths and disco beats has won Pulp’s Jarvis Cocker over as one of her many newfound fans.

“With this first LP, I wanted to create the soundtrack to the trippiest horror movie ever, and combine the scary and the absurd, through a very tongue in cheek aesthetic both musically and visually. For this project, I decided to experiment with adding live instruments, such as bass, drums, and strings, instead of or in conjunction with electronic instruments on some tracks. It was especially interesting to merge both musical feels and textures into one cohesive narrative,” says Lhote.

As of July 6, Between The Funk and The Fear will be available across all the regular music stores and streaming platforms, but best to support the artist directly by ordering via her Bandcamp.

Also catch the full album stream here ahead of its release on Friday: