Home Music Bands Watch this! FAIRCHILD premiere new video for So Long And Thank You 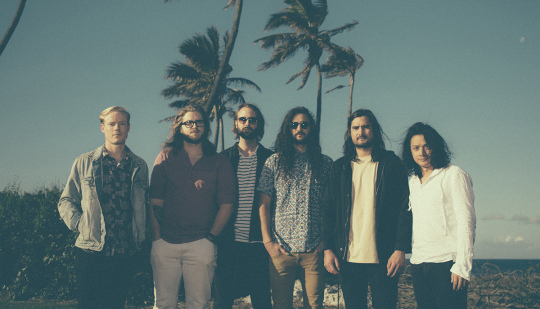 Gold Coast six-piece FAIRCHILD are proud to announce the release of their new single and title track of their upcoming debut album, So Long And Thank You, produced and mixed by Catherine Marks (Foals, Wolf Alice). FAIRCHILD recently returned from a two-year stay in Manchester, UK, where they focused on performing, touring and finishing their record. Now they are home and ready to share their highs, lows and collective experience of what it means to make music with your friends.

The single was written shortly after guitarist Tim Voeten lost his father, and represents FAIRCHILD’s shared gratitude for the people who have loved, supported and sometimes left them.

Speaking on the track, Voeten states, “So Long And Thank You was written in different sections, by different members of the band, but with the same person in mind—my father. When I hear this song, of course I think about my Dad, but I also remember that it helped cement in me my love for making music with these people. During those long nights in the studio, I knew it was okay to not be okay. I’d show up with some half-baked idea and we’d have a few drinks and mess around with it. I never knew one of those half-baked ideas would become So Long And Thank You. There isn’t a single sound on this record that can’t simply be put down to enjoying writing music with your friends.”

FAIRCHILD have released three EPs and multiple singles, with Relevance and Start Again entering the Spotify Viral 50 and FMQB SubModern Charts in the US, respectively. The band has toured Japan, Singapore, Hong Kong, China, and North America, playing showcases at Canadian Music Week and Music Matters Live. During their stay in the UK, FAIRCHILD embarked on a nation-wide tour with MOTHXR, supported The Human League on their A Very British Synthesizer arena shows and opened for US rockers MUTEMATH on the European leg of their Vitals tour.

FAIRCHILD’s debut album So Long And Thank You will be released on 4 August via their own label, Canvas Sounds.