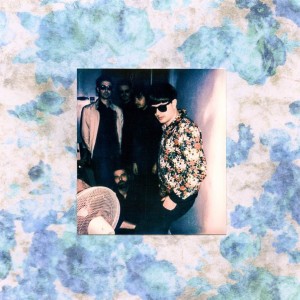 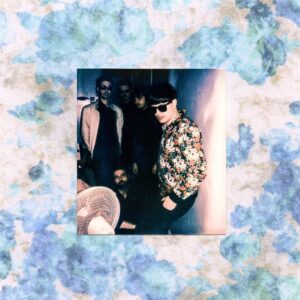 Louder Than War are proud to premiere the new video from London-based quintet Night Dials. The band, quickly making a name for recording only on pre-1969 equipment are to release a new AA single, Waiting At Your Door/Little Flame.

With hints of classic psychedelic pop and nods in the direction of The Doors, Waiting At Your Doors is a confident, swaggering affair with a guitar hook that will stay with you well after listening.

According to the PR stuff:

“Many bands are born of a defining event—an epic studio session, an inspiring shared event, a prescient record producer. Night Dials almost went down the road of predictable narratives. Almost. The band recorded their first song “I’ve Done More Things” under the direction of Liam Watson at his legendary Toe Rag Studios. His studio is where Night Dials got their brains humming with the jangle and crackle of decades past. But the five-piece band realized they had no money, had to stop recording at the studio, and crawled into the shadows, back where they belong.

There, Night Dials continued the British tradition of squalid revelry. In the literal underground of London, they perfected their nascent freak recipe of rock, equal parts garage and psychedelic. The band didn’t have the fancy studio equipment Watson’s studio boasted, but they had rattling wine bottles and kegs aplenty, all lining the walls of their shadowy music laboratory. The recordings that followed combined the primitive beats and pop hooks of the early Stones with the tripped out vibrations of the West Coast psychedelic scene… all drenched in an old school reverb reminiscent of anything found on a Pebbles compilation.”

We just think it’s a great track so, settle down, make yourself comfortable and enjoy.

The Night Dials Soundcloud page is here. They can be followed on Twitter as @nightdials and liked on Facebook.