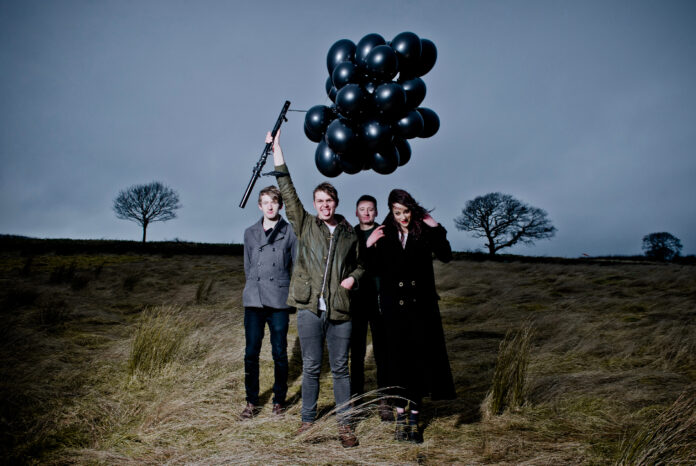 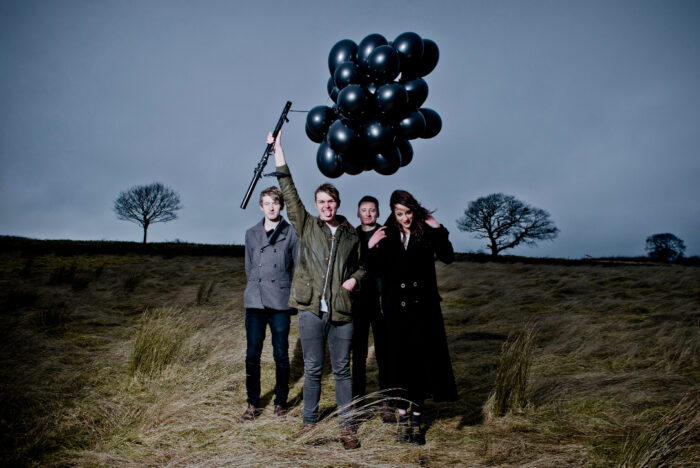 Having won themselves a huge reputation over the past year, Post War Glamour Girls returned with their new album ‘Feeling Strange’ this Autumn. The band now round out the year with a new video for their album track ‘Count Your Blessings’, edited from the short film Mako by the Northern Film School.

Recalling the likes of The Pixies and Wild Beasts with vocals evocative of Nick Cave crossed with Mark E Smith, the four-piece from Leeds have continued to showcase an innate knack for creating intricately layered and intelligent compositions with a theatrical edge.

And while the mainstream has noticed, with the band receiving heavy support from Clash Magazine, DIY, Drowned In Sound, BEAT Magazine, The 405, The Line Of Best Fit, and being invited to perform on the NME/BBC Radio 1 stages at the Reading and Leeds festivals, it’s the incredible amount of underground fan-driven support that has marked Post War Glamour Girls out as a major band to watch.

The past year saw the band tour extensively, with lauded performances on the NME New Breed Tour, main-stage festival slots at Beacons, Long Division, Live at Leeds and Tramlines, as well as a return to the Leeds Festival to open the Dance To The Radio stage alongside Superfood, Honeyblood and Toy.

The four-piece also found time to hook up with the Too Pure label for a limited edition double-A side single that saw Post War Glamour Girls snapped up as Steve Lamacq’s BBC 6Music ‘Band of The Week’ and further cemented their widespread appeal.

The new album ‘Feeling Strange’ sees the band marrying their expansive left-field sensibilities with a more honed and focused approach to both structure and repetition. Lyrically, the themes are as abstract and abrasive as ever, with drawled defeatist lines that carry the band into a more playful (and often paranoid) territory than heard on their debut ‘Pink Fur’. It’s an exciting new direction and one that reinforces Post War Glamour Girls reputation as one of most exciting and inventive new acts out there.

“It’s a record about government, war, poverty, injustice and all that shit you read about and hear about every single day. It’s a record about feeling guilt and shame for things we are not personally responsible for, and of almost admitting defeat” explains James from the group.