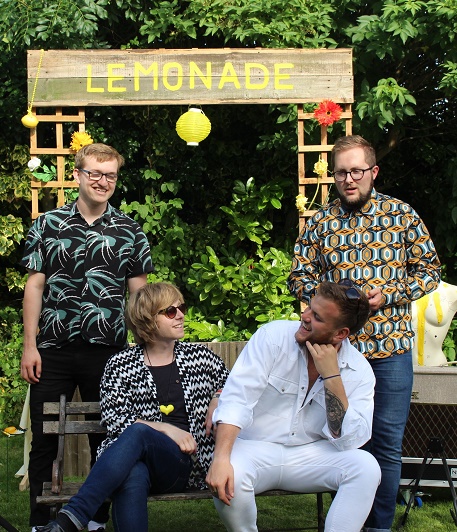 Essex-based indie-poppers SURGE epitomise the summer with their most recent single Lemonade.

Hailing from Essex, four-piece indie urchins Surge have quickly began to make for themselves across the Capital and further afield, their sprightly indie-pop delivered with a cheeky smile and all the energy and vigour of a band with everything in front of them.

Much like the drink from which it takes its name, Lemonade is a frothy and sugary affair; the saccharine synths and pop melodies offset by the snarling indie oikishness which roots lie in bands such as The Libertines or even The Clash. You can watch the video for Lemonade below: