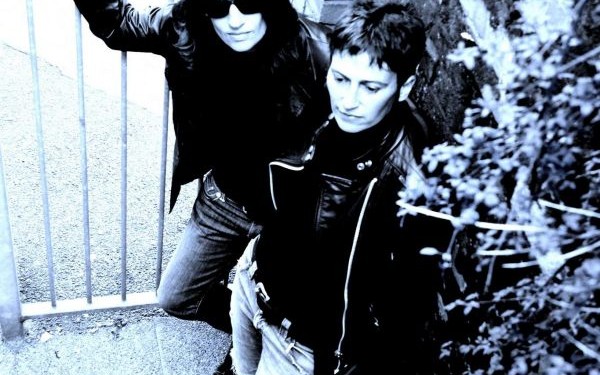 Taken from the classic album Tracks Of Wire (see review here), Deux Furieuses are excited to announce our new epic single Time to Mourn/From Fear to Fury will be released on 20th January in aid of grass roots charity organisation Phone Credit for Refugees.

Time to Mourn/From Fear to Fury is produced by Rob Ellis (PJ Harvey) who is featured on piano and is accompanied by a moving video directed by Dan Donovan which tells the story of a young man forced to flee his country. All proceeds from the single will go towards phone top ups for refugees and displaced people desperate to connect with their families and to access the latest information on open borders and asylum rights.

Ros and Vas explained: “We chose Phone Credit for Refugees after our Labour MP Stella Creasy put us in touch with aid workers who knew the group. Their direct aid of phone top ups for refugees worked well with our video’s central theme of mobile phone as a lifeline. This is our way of combatting the so called Alt-right!”

Time to Mourn/From Fear to Fury from the album Tracks of Wire will be released on 20th January 2017 in aid of charity Phone Credit for Refugees.