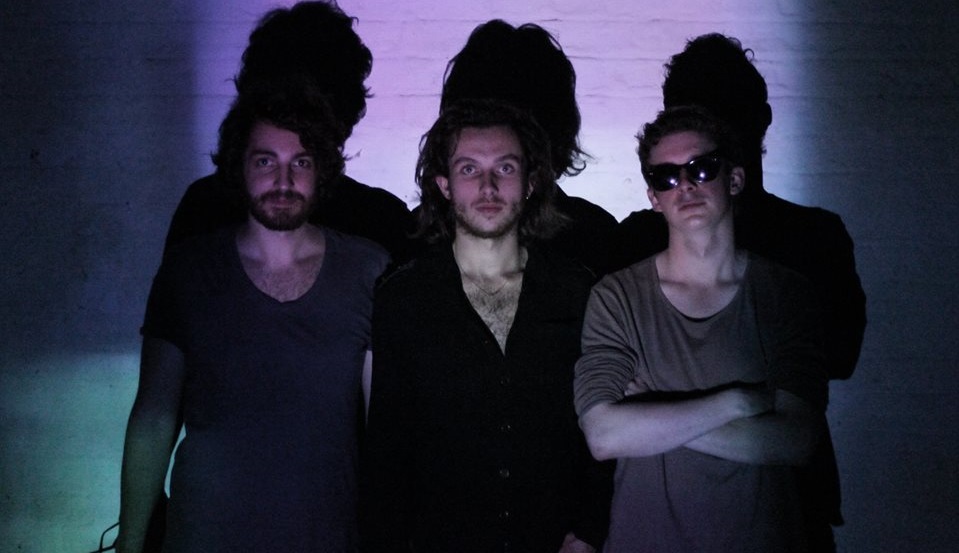 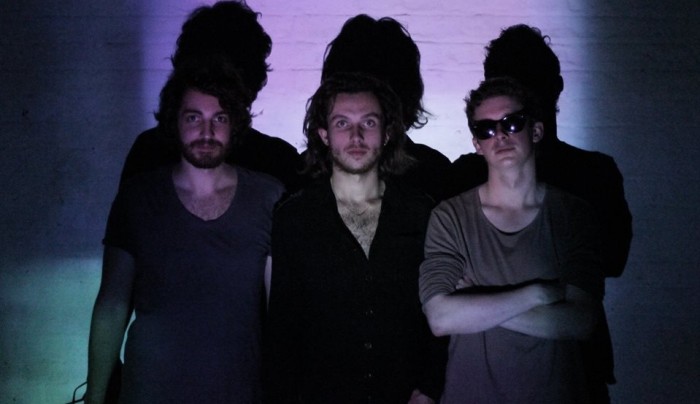 The London based modern psych rock trio Desert Mountain Tribe have revealed the title and cover
artwork for their forthcoming debut album. ‘Either That Or The Moon’ will be released on 4th March
2016, with the vinyl and CD formats both containing nine songs.

Recorded during the second half of 2015, ‘Ether That Or The Moon’ is both expansive and explosive in
its musical scope. The short sharp shock that is the taster song ‘Runway’ has been compared to the likes
of Black Rebel Motorcycle Club and Kasabian and featured as a Classic Rock ‘Track of the Week’ in late
November.

Establishing themselves in the current psych-rock scene in 2014 with the release of their debut ‘DMT EP’,
DMT have subsequently proved themselves a formidable live presence after sharing stages with the likes
of Toy, Wovenhand, The Wytches and Damo Suzuki and performing at several festivals.

2015 has seen DMT attract rave notices from the psych community in mainland Europe via appearances
at Eindhoven Psych Lab and Lisbon Psych Fest along with their first headlining tours of Scandinavia, the
Baltics and Germany. This has subsequently led to a Europe-wide label deal with the Hamburg based indie
powerhouse Membran. A simultaneous North American release will be made by Metropolis Records.