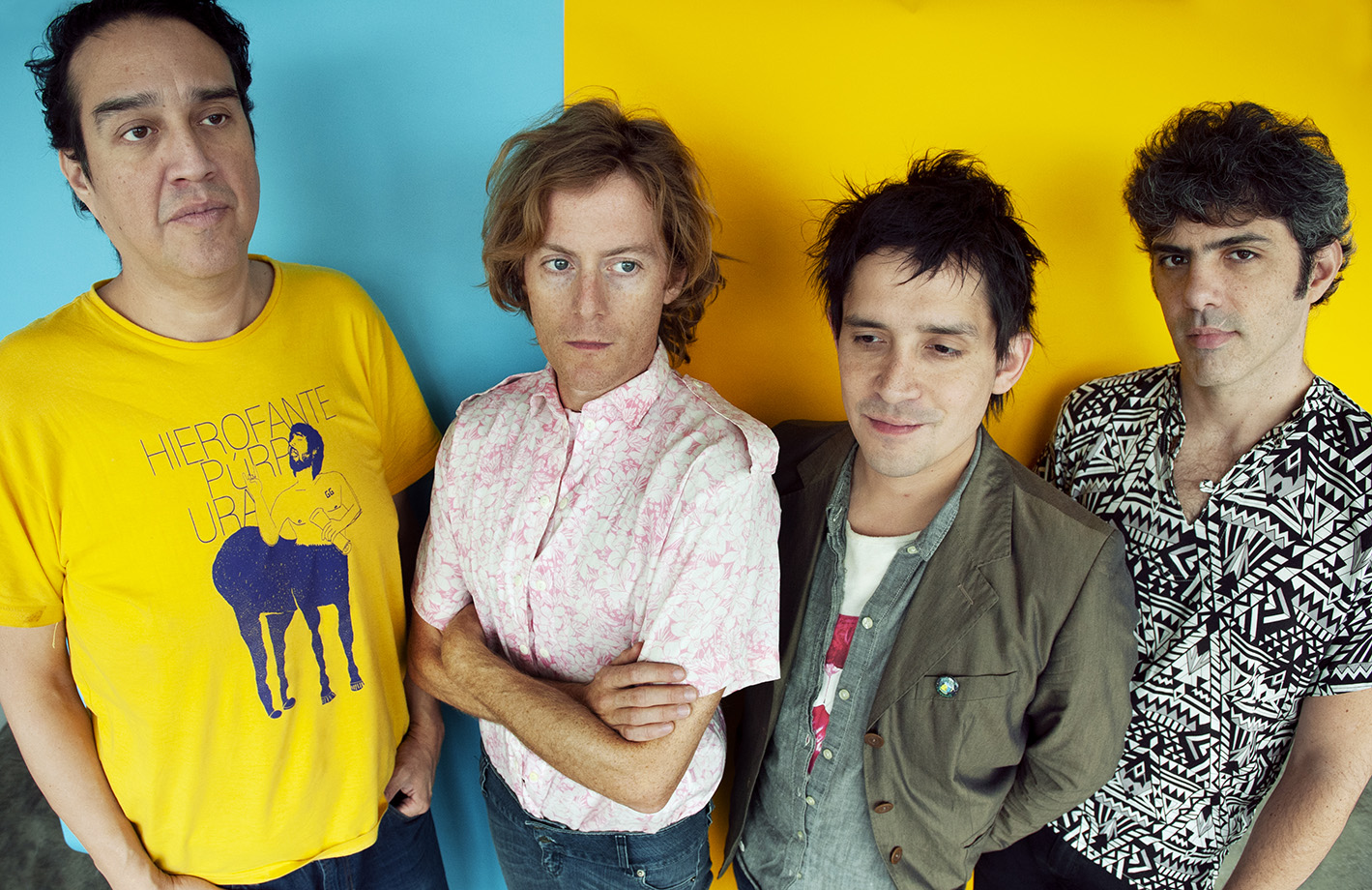 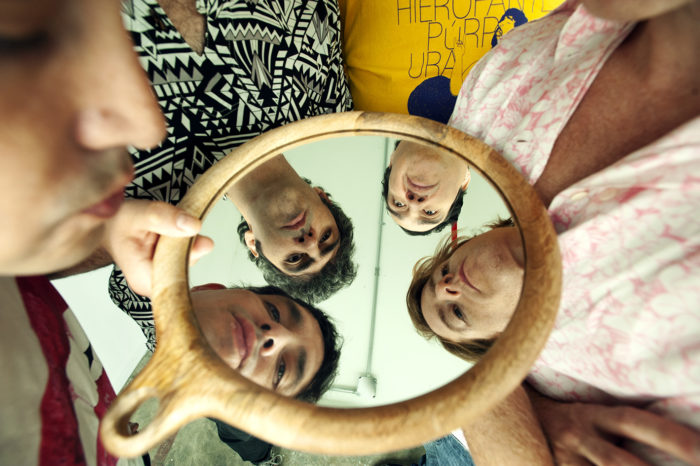 We are pleased to premiere the new video for ‘Dead New Romantics’ by New York City-based electronic rockers Your 33 Black Angels (otherwise known by Y33BA). This is the second single off their new album ‘Eternities I’. Beginning with a riff and style that is reminiscent of Radiohead in their Kid A and Amnesiac period, but vocalist Josh Westfal’s vocals enter and in come flashbacks to Antidotes-era Foals with a timbre and vocal quiver reminiscent of Mercury Rev and MGMT. Impressive and captivating. Point blank.

At the 3:56 mark, the band breaks into utter chaos in the way you can imagine Sonic Youth doing back in the day, the focal point for halls of youth on the verge of breaking eardrums.

“This song started with a repeating guitar pattern. Soon after, a set of nonsense lyrics spray painted onto the side of a diner appeared in a dream. Throw in some off-kilter rhythms and a swarm of bees, then set it all off with an explosion of improvised noise and you’ve got some good gravy. What it’s really about is anyone’s guess and we prefer it that way. Have a listen – pay close attention to the words or luxuriate in a web of guitars and robo-groove – if it’s not clear it’s ok, there are more important things to worry about in this life,” said Dan Rosato.

Dan continues “Huge thanks to video vixens Winnie Cheung and Helena Sasseron for shooting and editing the video for us. We recorded the live performance video at the late, great Maverick Studios with John Epperly behind the board”.

Their seventh long-play to date, this new album ‘Eternities I’ was recorded over three years, taking over 60 studio days to complete including the mixing process This offering of 13 tracks demonstrates the band as an indie music force to be reckoned with.

Y33BA can boast several things for sure: 1) this band has stamina – being formed in 2003, they’ve certainly put in their time, 2) they tour regularly, so this is a full-time working band and listeners can reasonably hope that they visit their city at some point in future (if they haven’t already done so), 3) this band is no one-trick-pony – their talents are diverse and they break every border existing between genres and 4) you never know what to expect with them from track to track, as their sound is different every time.

In that time, they have played over 500 shows across Europe, South and North America, sharing the stage with some rather fine acts during recent tours. The Monochrome Set selected Y33BA as direct support act for its first New York City show in 30 years. La Femme, The Veldt and Dyr Faser have toured or shared many nights with the group, along with many others.

The Y33BA wordsmiths have always been equal part poetry fans as lyricists, so the Poesia Concreta of Augusto de Campos or Guillaume Apollonaire may have as much an influence as wonderful lyricists like Neil Hannon, Bjork or Serge Gainsbourg. Breaking rhythms and broken meter match the polarized sounds from start to finish.

Y33BA ‘Eternities 1’ is slated for release on May 7 and will be available across digital stores and streaming platforms. But why not just obtain it via Bandcamp and just save yourself the anticipation? Also, go see them live, where possible. Rolling Stone claims their live performance is ace!

Also check out the album’s lead track ‘Hot Funn’, which should beam you into the band’s cosmic fantasy land