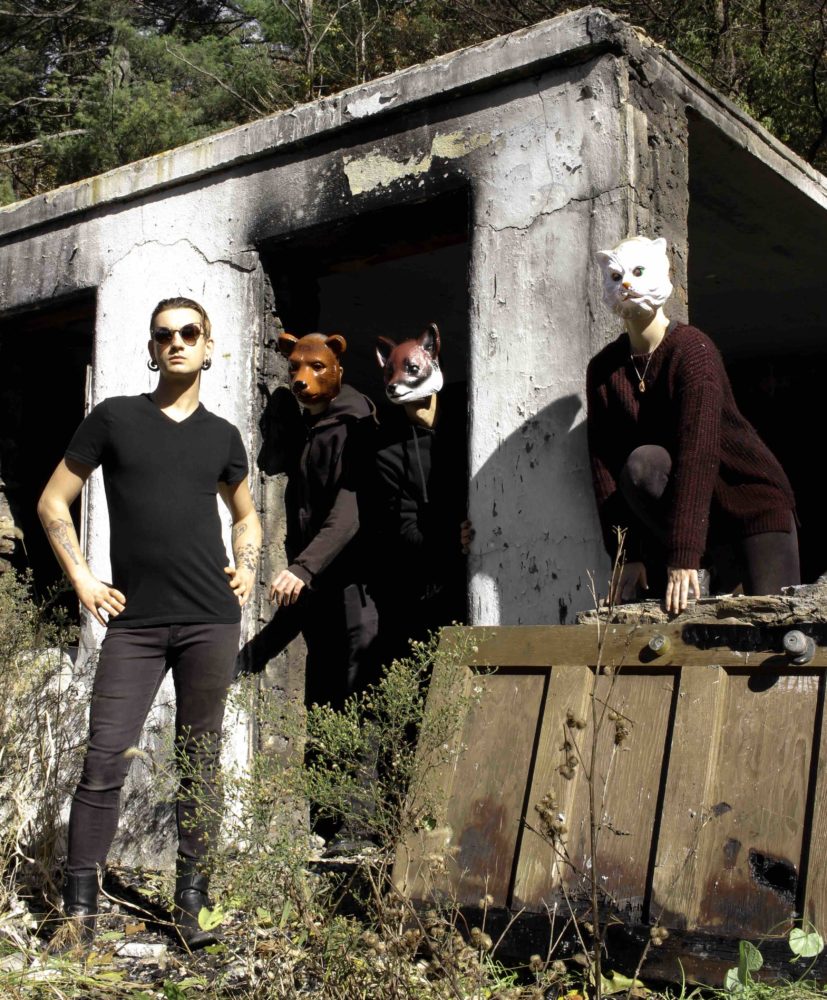 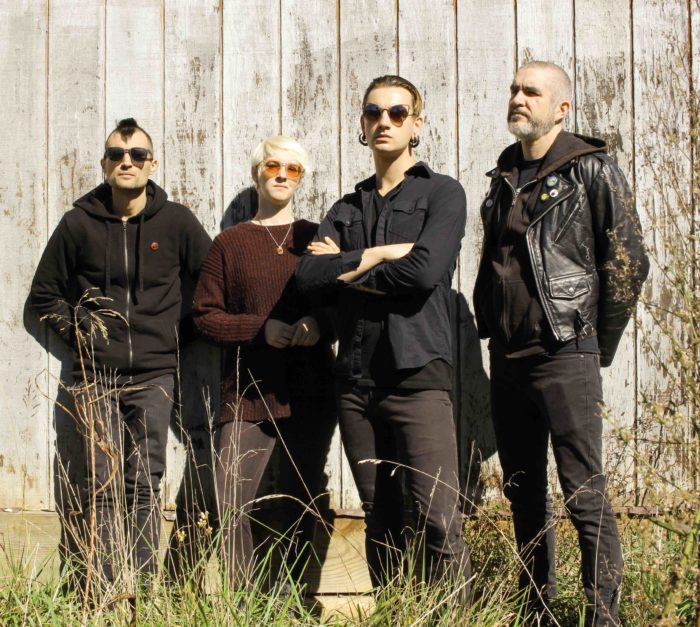 ‘Roadkill’ is the new video from Crooked Ghost, a post-punk outfit with a twist – the band is fronted by Ray Clark, a delightful crooner with an unmistakably great voice and timbre. Based in Asheville, North Carolina, their new ‘Skeleton House’ album will be released on limited edition 12″ vinyl in February 2019.

“Roadkill is dangerous and a bit risque. It’s about lust and wanderlust; a wayward runaway on a date with a serial killer. This is one of my favorite songs from the record because it has a deep, dark ferocity to it that I’m really attracted to. I love the urgency of it, and how it goes wild at the end,” says Ray Clark.

“The video was created by Devan Burger and was a lot of fun to make. We shot it at the Crooked Ghost practice space and along the Blue Ridge parkway in the freezing cold. I love the animal masks and the eerie, paranoid b-movie feel of the video.”

On this track (admittedly one of their best songs to date), there is a distinct spaghetti Western element injected into what otherwise might be considered music in a similar vein to The Smiths, Suede, or Muse. Clark sums it up well “This sounds like going on a blind date with Buffalo Bill, speeding down a long Vegas highway, while listening to Blondie’s Heart of Glass”. If I weren’t mesmerized by the odd events depicted in the video, I’d say Crooked Ghost’s music is darkly sexy, getting under your skin and having you ask for more of such brilliance. A greatly unique project, you could not confuse Crooked Ghost’s extraordinary sound with anyone else on the music scene today.

Skeleton House’ is the band’s sophomore long-play – a dark and hazy dreamscape of lush and angular melody, with a stark lyrical rawness touching upon such subjects as addiction, trauma, loss, superstition, and everything that gets left behind after a catastrophic event. These eight tracks range from dreamy and playful to anguished and harrowing. Billowing vocal patterns weave intricate stories between shimmering guitar crescendos, cascading synths and mathematical percussion.

This album follows up their debut LP ‘Strange Burial Rituals’ from March 2017. This new offering has two distinct halves: the first is lighter, the second darker. The whole thing plays out like a story, or rather, two opposite stories that are intertwined.

Formed in 2013 by Ray Clark, Crooked Ghost was initially a channel for leftover songs that didn’t seem to fit in any of the other bands Clark was involved in, but quickly became the focal point of Ray’s creative energy. Today Crooked Ghost is Ray Clark, Chris Saldin, Jon Wyatt, Charles Reed and Alex Cannon.

The ‘Skeleton House’ album is now available digitally and on CD via Bandcamp, as well as music stores and streaming platforms such as iTunes and Spotify. The vinyl edition can also be pre-ordered at that very same Bandcamp link.