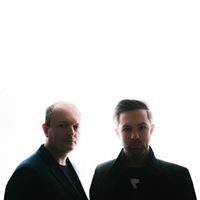 Following on from the release of their brilliant new album (our review of which can be found here) Wales’ Cotton Wolf (Llion Robertson and Seb Goldfich) have released a brand new video for the single ‘Avalon’.

The video, directed by On Par Productions, follows some modern dancers in a disused warehouse interpreting the dreamy music. Watch the video below:

Cotton Wolf’s music have been described as “impeccable” by 6 Music’s Lauren Laverne and “utterly beautiful” by BBC Radio Wales’ Adam Walton. Rich Chitty (Ctrl Alt Design) has this to say…

“Avalon’s playfully skewed drum rhythm, hypnotic synth and vocal motif is underlaid by carefully arranged bass textures and subtle transitions in pace and urgency. The video, produced by On Par Productions, adopts a ‘faux’ one-shot approach with minimal, seamless editing to showcase the dancing and choreography of Kim Noble. Avalon was filmed at The Sustainable Studio, Cardiff with costumes by Nomadic Me design”.