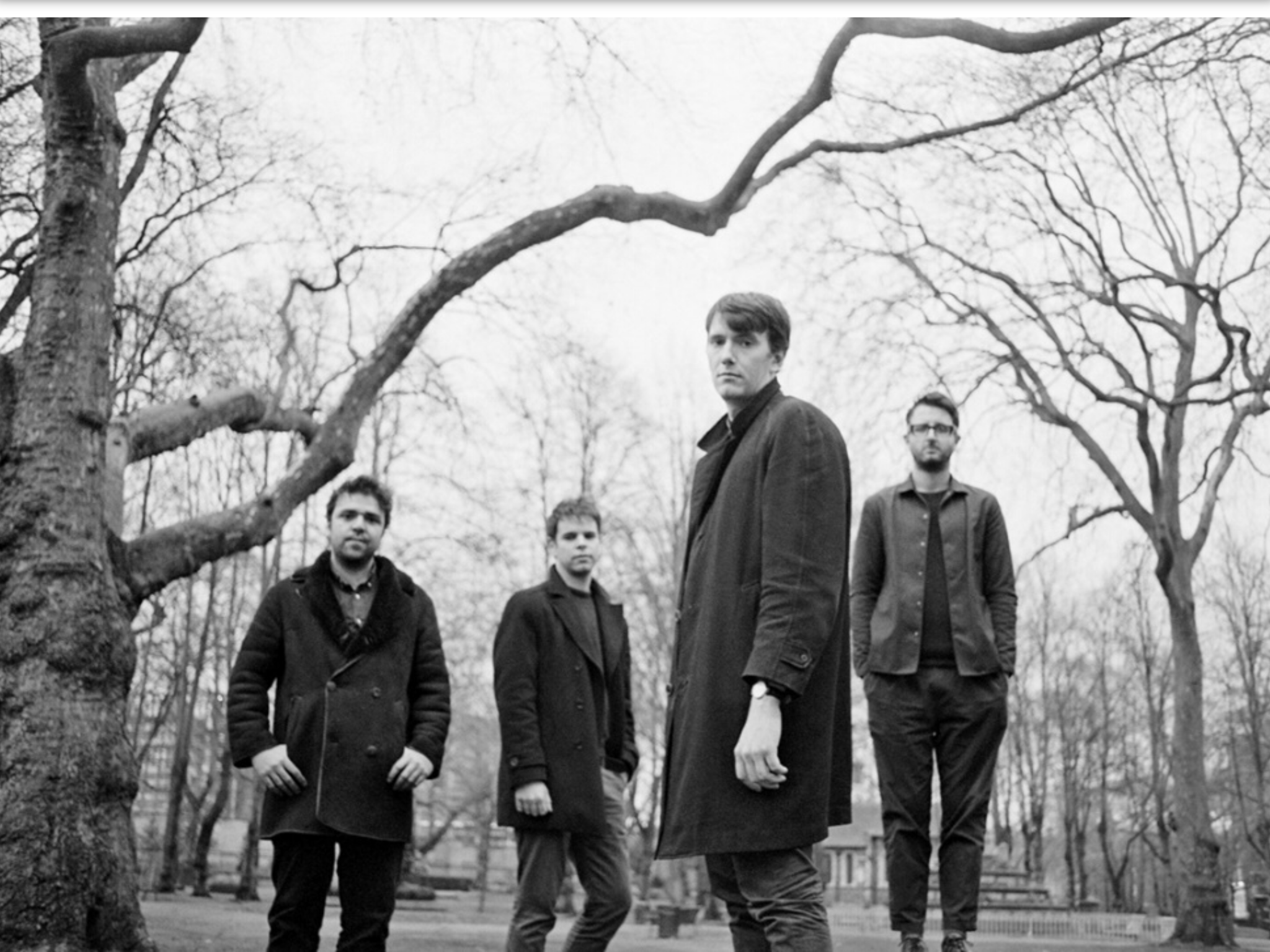 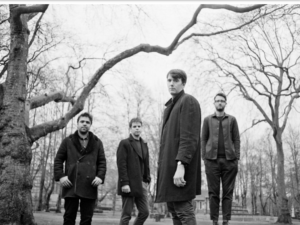 Manchester Band Shaking Chains borrow their name from ‘The Masque of Anarchy’, a poem written when Shelley was in exile, to portray his disgust with the Peterloo Massacre and the encroaching parochialism of the England in which he fled (‘Shake your chains to earth like dew, which in sleep had fallen on you. Ye are many – they are few’). More Chartists than chart hits, they are a four piece produced in The North long after production halted, currently treading water under the dark streets of London (having played music together, in one form or another, since they were at school).

In an age where groups live and die in the time it takes them to amass a student loan debt, they have stayed together, like a dysfunctional family – chained – through mutual misunderstanding, begrudging love and harrowing shared experience. They’ve seen the changing musical landscape gorge on itself and spew out pale imitations, enough times, to inoculate themselves from hype and ceremony. Instead, they’ve concentrated on their neurotic craft and sullen art.

The band recently took the internet by storm with their unique, ever-changing film for first single ‘Midnight Oil’, inspiring features at the Guardian, BBC, The Creators Project and many more.

Nathan explains in detail what Into Dust is about:

“Human history is littered with occasional bouts of enlightenment.

Fag breaks in the fabric of time.

Optimists believe the pendulum will swing back from the abyss any century now, although, lesser mortals could be forgiven, for thinking that we won’t make it past the next turn of the wheel…

Twisted desire to return to an imagined past?
Check.

Inclination to blame scapegoats instead of facing reality?
Check.

And so it continues. An endless stream of stupefied heads, trickling down the steps of Ponzi scheme pyramids – clogging up the hourglass.

Still, during moments of reprieve, it is important to remember – that when Rome burned and the lynch mob brayed – Nero picked up his fiddle and played.”

The single is being released digitally on all the usual platforms on 15th September.

Lyrics for Into Dust by Shaking Chains:

Scatter gunning barefoot into a fountain of ignored wishes,
Frozen by the sudden dawn. Staring at the sky in disaffection, Paralysed we drown in our reflection.

Read unto your children and when they are soundly sleeping,
Load the gun with your goodbyes. Eager to demand your full attention, Flash bulb eyes don’t recognise deception.

To rise and fall like the splintered wheel, Collapsing as it turns another civilisation into dust.

Expanding like delirium inside of the confession,
When you can no longer hold it in.
We all agree to disagree objecting,
In silent cries we rise from genuflecting.

To rise and fall like the splintered wheel Collapsing as it turns another civilisation into dust.