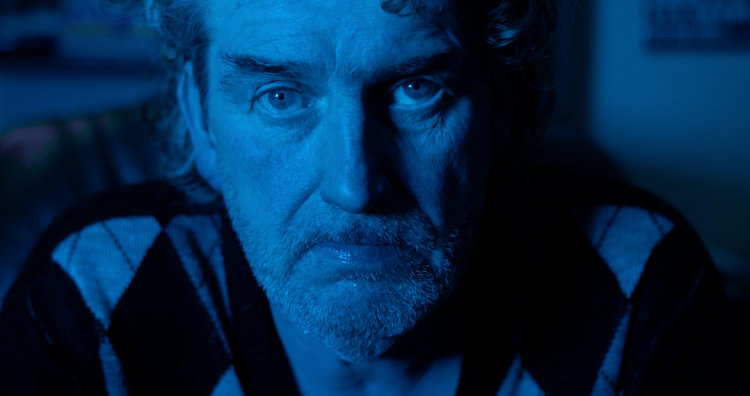 Independent Welsh documentary film-making collective Anywhere But Here have just released a brand new short film focusing on Datblygu frontman David R Edwards. Favoured by Peel and trailblazers in the alternative Welsh language scene of the 80’s and 90’s, Datblygu remain an inspiration to many and whom still release albums to this very day.

Filmed in Carmarthen, ‘Dave Datblygu: Death To Welsh Culture It’s Meat and Tradition’ follows Edwards around the town and at home reading from his recently released book of poetry in English, ‘Dave Datblygu’s Search In English For The House Of Tolerance‘  and musing on his past, present and future.

The film is an unflinching, often uncomfortable yet vital watch laced with David’s trademark dark humour. With the avant-garde score (by Ash Cooke) taken from the accompanying audio to Edwards’ poetry book you are placed squarely into the mind of the subject matter. A constant stream of contrasts in lighting and internal and external scenes help add a sense of conflict to the narrative, a conflict that highlights the true nature of mental health issues.

A riveting watch and one that manages to keep its subject matter at all times the centre of the story, ‘Dave Datblygu: Death To Welsh Culture It’s Meat and Tradition’ is a raw tale that even in its bleakest moments manages to show Edwards’ incredible way with language and his inherent love for words in all their forms.