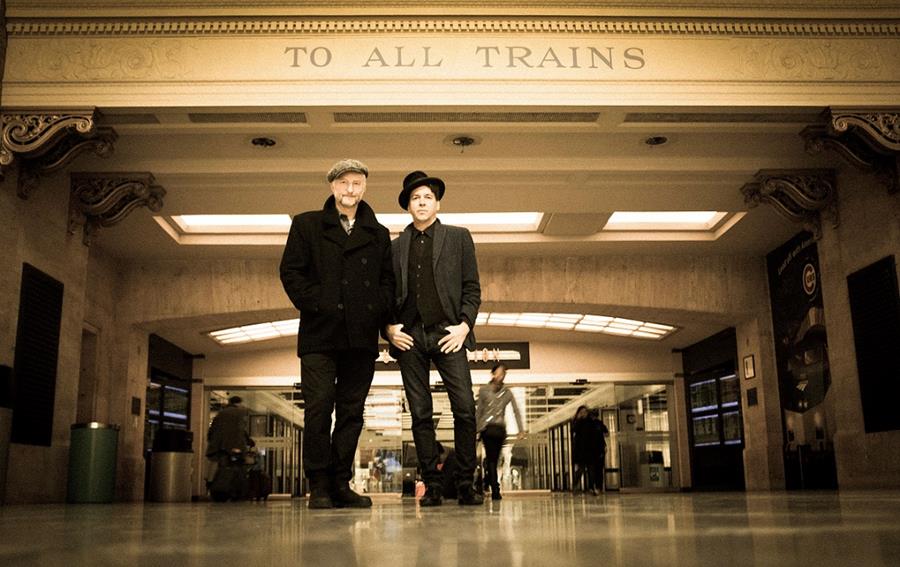 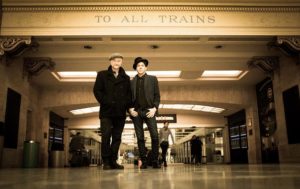 Billy Bragg & Joe Henry, who recently announced the forthcoming release of their new album ‘Shine A Light – Field Recordings From The Great American Railroad’ on Sept 23rd and November ’16 UK shows, have announced a further UK tour in January 2017. The full list of dates is:

Tickets will be available on Thursday 18th August at 10am from here or here.

One of the standout performances on ‘Shine A Light’ is Billy & Joe’s take on the song that became a staple of Woody Guthrie’s repertoire, ‘Hobo’s Lullaby’.

Says Billy: “Woody Guthrie rode the freight trains across America during the Great Depression and ‘Hobo’s Lullaby’ was his favourite song. It was written and recorded in 1934 by Goebel Reeves, ‘The Texas Drifter’, who specialised in hobo-philosopher recitations and cowboy ballads.

The song entered Woody’s repertoire when he was broadcasting from Los Angeles on KFVD with ‘Lefty Lou’ in the late 30s and became one of his signature tunes.”

See Billy & Joe performing ‘Hobo’s Lullaby’ here.. This track is also available to download immediately when you pre-order the album from the official store or iTunes.